Rangers* keeper Jon McLaughlin somehow escaped a red card after pulling down Dundee striker Paul McMullen in the box that lead to a penalty..To rub salt into the wounds , he saves the pen when he shouldnt have been on the park..Ironically Dundee manager got a red card for asking( Rangers* fan) referee Bobby Madden why he didnt send McLaughlin off..I imagine Madden had no excuse so handed out a red card to McPake so stop the conversation..How many honest mistakes are going to happen this season regarding Rangers*?..We need to keep a record of these and what referees are constantly doing the honest mistakes with regards to Rangers*..
Last edited: Sep 25, 2021
J

No change there then to be honest did not expect anything else,when you start to cheat it becomes the norm and Madden and friends don’t know any other way and the SFA and SPL condone it
G 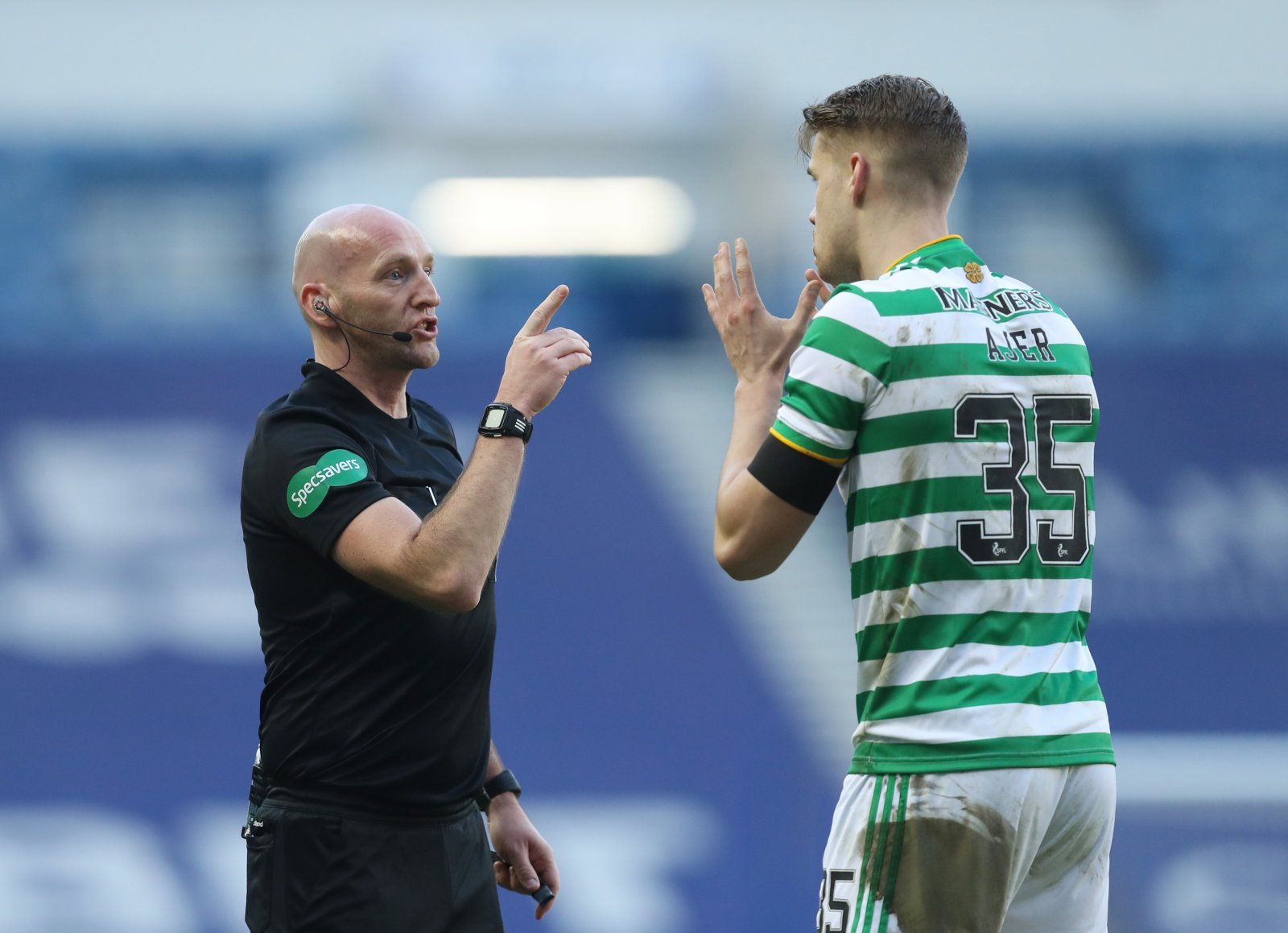 Bobby Madden has been accused of taunting Dundee boss James McPake over a penalty missed against Sevco.

Brother Bobby once again,the video show,s it all, it,s nothing short of theft..

That is diabolical. I understand they relaxed the "double jeopardy" regarding a red card and a penalty a few years ago, but not when there is no attempt to play the ball.

Like Madden, I am biased when watching sevco play but at least I accept that my judgement is probably compromised when watching them play! But I have no doubt that the laws of the game as they are supposed to be interpretted these days means that this was a stonewall penalty AND definite red card offence. But then letting a sevco fan miss the resulting penalty?!?!?

Not even debatable, red card all day long.
J

First time I've seen the incident and not to sure it was a straight red in fairness, more annoyed about the shocking penalty and the hun bastard taken it
J

tictastic said:
Not even debatable, red card all day long.
Click to expand...

Straight red card in the context of what the cheating hun mib bastard classes as a red tic.
Bitton got one when El donkeyo was a taxi ride away from the goal and today's one was a far easier goal scoring opportunity than Bitton one, and same cheating hun bastard involved
1

And yet the same ref thought a foul by Bitton 40 yards from goal out wide was worthy of a straight red for denying a definite goal scoring opportunity!!!!!!! WTF? It is an absolute disgrace!
J

Hard to disagree with that 10

The only surprise is that the well-known sevconite Madden never booked the Dundee player for diving!

That keeper did the same hatchet job at st johnstone and got away with looks like sevco keepers can do as they please
Last edited: Sep 25, 2021

No one that can change things cares. No other member of the SPFL cares. The celtic board don't care. The scottish media don't care. The "customers" don't matter. On to the next one

kelly said:
That keeper did the same hatchet job at st johnstone and goat away with looks like sevco keepers can do as they please
Click to expand...

He learnt from the best. McGregor kicked, elbowed and punched with impunity. Different keeper. Same shit.

their honest mistakes always seem to be game changing

i wish we had a log of these decisions since start of season......... NIALL/STATO ?
The decisions they've had and the luck as well....
Meantime we seem to have calamity james running things

Fuck the queen!!! Sorry. Watching boxing and the national anthem was sung...had to write that...not sorry for writing it. Sorry for putting it in the thread.

Why would you allow Cummings (Who replaced Griffiths by the way) to take a penalty against his former club ?
Watch his body language as he prepares to take it
One of the softest penalty kicks you'll see and gave the keeper a chance to save it, and he doesn't even jump or challenge for the rebound, disgraceful
Boaby MadHUN supports...Partick Thistle...doesn't he...???
According to what he's said in the past, and if you believe that, I have a bridge to sell you
How many red cards did they get last season ?

Not only is the standard of fitba shite, the refereeing is brutal as well
L

Lubos left peg said:
Fuck the queen!!! Sorry. Watching boxing and the national anthem was sung...had to write that...not sorry for writing it. Sorry for putting it in the thread.
Click to expand...

I’m sorry mate there’s nae excuse for that! I have them all trained in the hoose to see who can record the quickest time to get the remote tae press mute!