This is brilliant, it's Bertie, have a watch.

Bridie Bhoy said:
Maybe not the right thread, but I was sad to read that former Rangers player Gary Stevens' 4 year old son Jack has lost his battle with Leukaemia. Condolences to his family at this time. It is such a terrible illness and must be awful to watch you child suffer through this. Rest in peace, wee fella.

Hoopy427 said:
Not meaning to be pedantic Dill but I think that's Bertie's second contract with us, his first was in 1955, apparently we spent the princely sum of £15000 bringing him back from Birmingham City in '65 at the behest of Mr Stein. Nice to see it though, love the wording of it, different times indeed!
Click to expand...

DILLIGAF said:
I stand corrected
I started going to Parkhead in 1965 and was lucky enough to watch the Lisbon Lions on a consistent basis

Showing your age, L - but can't deny the fact that I'm envious of all those who saw the Bertie Brigade in all their pomp and circumstance.

Amazing, I think people forget or dont realise how much work goes into making, organising and actually displaying these TiFo's.
Cap doffed to all concerned.

Brimcbhoy said:
Amazing, I think people forget or dont realise how much work goes into making, organising and actually displaying these TiFo's.
Cap doffed to all concerned.
Click to expand...

Exactly..and you still get some who refer to them as the bed sheet mob

Don't Let it Be Forgot​

Don't Let it Be Forgot​

Thanks for that Brim Bertie was a lion indeed ....warms the heart .Love the Greig story to capture another hunskelping..some things never change . For every fiver eh ....HH

Thks for that Brim 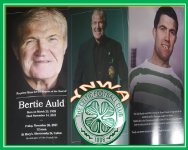 Such a sad day for the club and support but most of all for Bertie's family and friends. I hope they find some small comfort knowing Bertie was adored by the Celtic support and many others not just as a Celtic legend but as a warm, funny and kind human being. The thousands who turned out to pay their respects today is a testament to both the player he was and the man he was.

All today's photos are here... 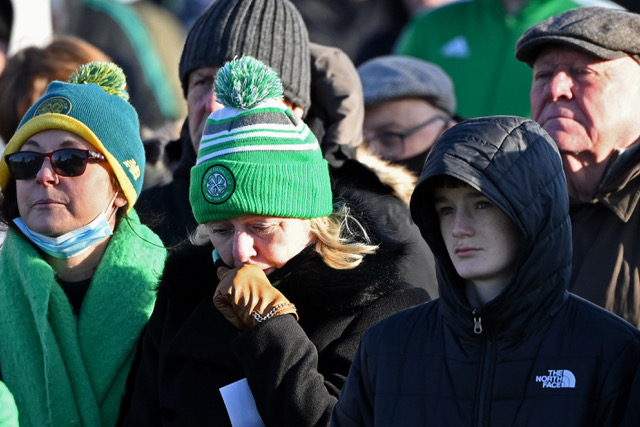 No Dry Eyes For Bertie

No Dry Eyes For Bertie: "Sure it's enough to make your hearts go... oh oh oh oh oh"