Winning Captains Bolingoli said:
The Celtic focus has been elsewhere this week with the Board banning the Green Brigade and yesterday comparing us to the Zombies for shouting down fascists last month. Three Celtic fans were stabbed remember but Lawwell focused on us using a sweaty word in a song and an anti-fascist banner. It has never been made clear which banner that UEFA fined Celtic for, the Green Brigade's or perhaps the more 'offensive' Bhoys one. Peter Lawwell when he was on the phone to UEFA about Res 12 yesterday morning could have asked for clarity on that and since he's never seen it could have asked them to send over a copy of the Five Way Agreement which appears to be part of the rule book in Scottish football. If we play the game surely we have a right to read and understand the rules?

Anyway Celtic are looking to win the two remaining games, top the group and achieve the highest ever points total in a European group - 16 points. Here's what Lenny has been saying ahead of tonight's game and his Media Conference video is included at the end. 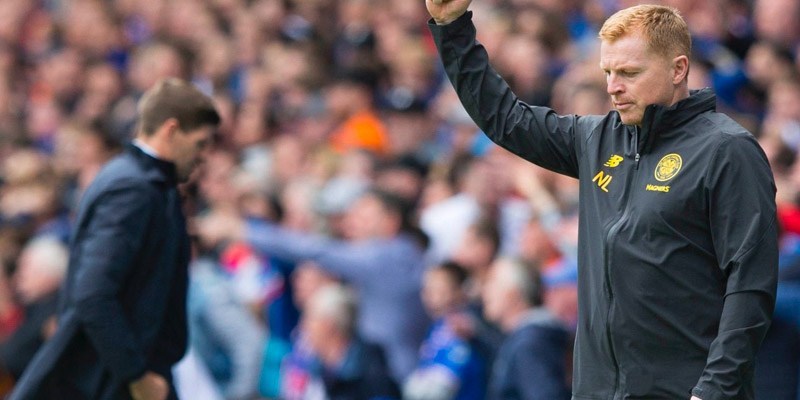 Greg Taylor is likely to start - with both Bolingoli and Hayes injured and he has also been speaking to the Media, again here's our report and the video is at the bottom of the article. 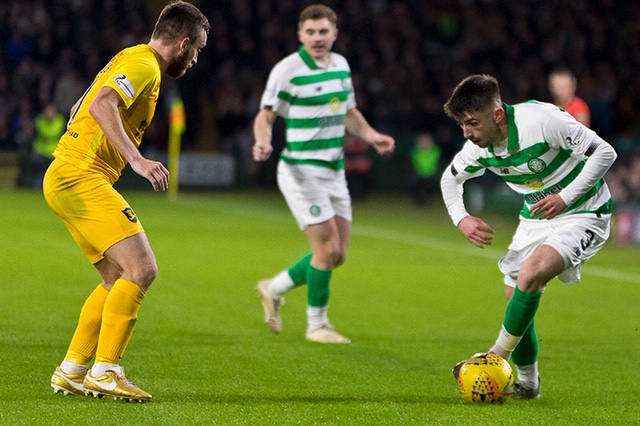 Here are tonight's opponents and you'll see that they have left their top two stars back in France... 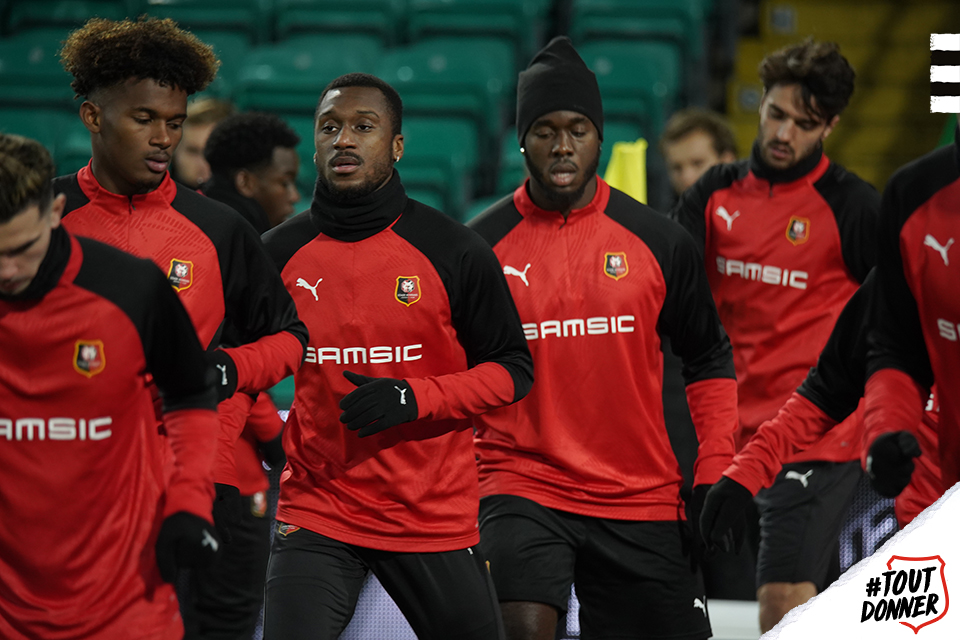 As for the team I expect Celtic to line-up like this.

COYBIG - all comments on the game here please...

I
I ain't gonna do a Sandbag (who could) but, if you will, a Weedoc summary.
iMO we started without five first choice players and still a comfortable win against European opposition. Rennes may not be first tier opposition but,IMO, would be good enough to compete in another Europa group, Group G for example.
So summary time
Ajer Julien first choice partnetship.
The WALL still the WALL.
both full backs on but for me not first choice
Ntcham good enough, first choice mmmmmmm maybe aye many s no, a first choice in many many teams.
Corpus, Calmac, Broony, Forrest usual class act.
Morgan, Johnston , Bitton, Griffiths therein lies the squad.
NL tactically astute and put out a team that surprised me but did the job.
8\10 The Wall, Corpus.
7\10 Everbody else.
G

Spare a thought for the poor buggers who were denied another great performance from a great team..
HH.

Artur said:
Mates took the huff about all this Green Brigade carry on so im getting to go tonight

I wonder who will get all the plaudits in smsm in the coming days ? The team who won again and also won the group tonight or the team who didn't win and aren't through yet ?

kelly said:
you mean the wifie gave you yer pocket money and your allowed out
Click to expand...

Nah mate she thinks he's out doing a homer to get some Christmas money!

kelly said:
you mean the wifie gave you yer pocket money and your allowed out
Click to expand...

If that’s the case Kelly think the Boax will be a no no.

JamSam67 said:
If that’s the case Kelly think the Boax will be a no no.

Corpus what a player he's become thought he was motm thought griff would have got more minutes and Sinc a run out ,Morgans needing to stay on his feet good goal but fallin down for nothings pish
Atmosphere sounded brilliant pnwards and upwards

Looks like the work of Nazio fans. But which is the lesser of 2 evils; Nazio or Cluj? Romania also fought on behalf of the Nazis in WW2 indeed it was the collapse of the Romanian held flank which led to the encirclement of German forces at Stalingrad. Celtic will most likely and for good reason send a mostly fringe player team out against Cluj and much as I despise Cluj I'd prefer to see them go through to next round elimination. 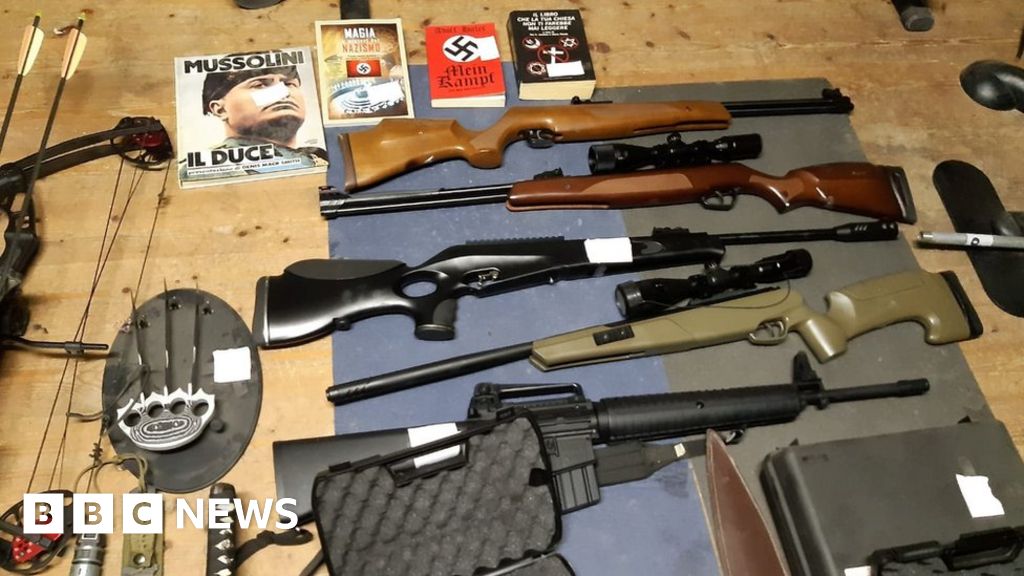 Police say the plan was to form a European alliance with other xenophobic and anti-Semitic groups.

Few of the players had a 'what no doot doot doot dadas' look about them on the victory lap.
C

Great result in a stroll I thought. How good is this squad just now? Think that’ll be the reason we end up leaving the Loan Rangers behind shortly
Last edited: Nov 28, 2019

French Eddie out for 10 days?
N

Docco said:
French Eddie out for 10 days?
Click to expand...

Where did you get that Docco?

Niall J said:
Where did you get that Docco?
Click to expand...

Lennon has said a 'niggle' Out for Sunday at least. Hope its just that!

Did you take that photo, Lennon, and do you have the negatives?

Staff member
This really has turned into a great wee Celtic forum!

Eddy,will sit out the Ross County,back in time to skelp le scum in the final!!!! nae probs!

Niall J said:
Lennon has said a 'niggle' Out for Sunday at least. Hope its just that!
Click to expand...

He did look kinda "limpy"

when he came off on Saturday mind

cheezydee said:
Great result in a stroll I thought. How good is this squad just now? Think that’ll be the reason we end up leaving the Loan Rangers behind shortly
Click to expand...