Come Out Ye Black and Tans

Has soared to the top of the Irish charts. The video below is not the version that has topped the charts

Saw that happening yesterday on Twitter -- great response to the proposed-but-wisely-cancelled observation of the Royal Irish Constabulary in Dublin. That was followed up by this: 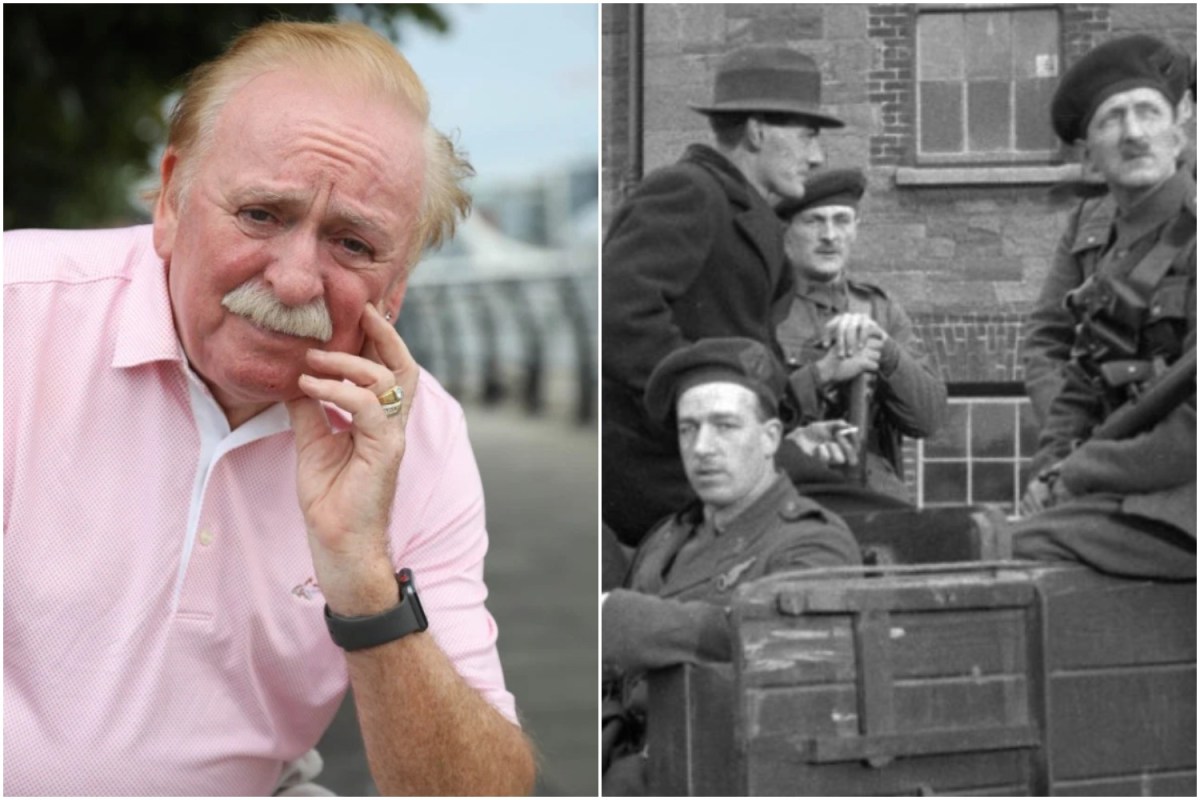 THE Wolfe Tones have warned they will blast out Come Out, Ye Black and Tans at any rescheduled commemoration to the Royal Irish Constabulary. The folk group, boosted last year when comedian Steve C…

Wish I could find the version that was quoted as heading up the charts ...

Best one yet
R

Could ye imagine someone in France suggested that they have Millice day to celebrate the Vichy collaborator police.
Whoever suggested a tan fest should be ashamed. 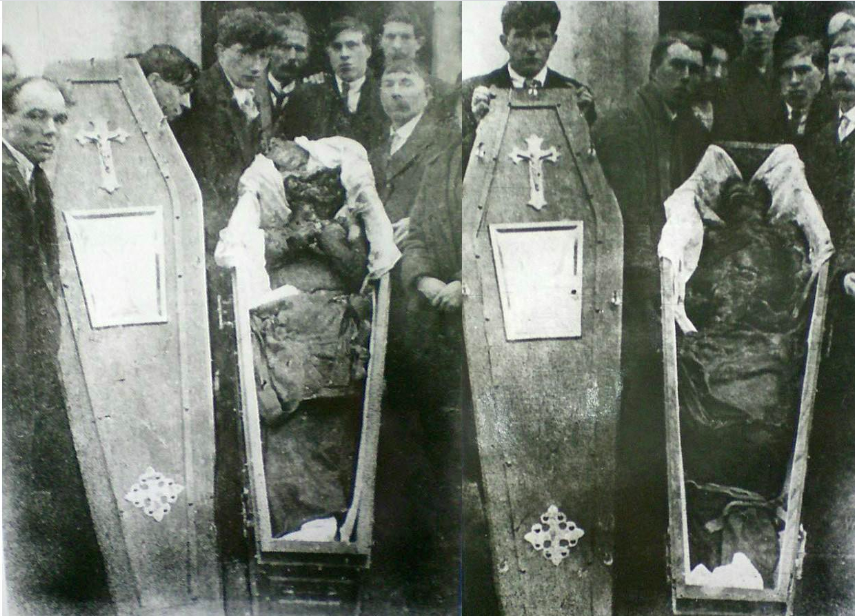 Funny ma granda from Mayo always spoke about them even though he wasnt born when they terrorised the place.

Used to play gig's and trad sessions in this wee gaff
The Burning of Knockcroghery
In the early hours of 19 June 1921, the Black and Tans set Knockcroghery village alight.[2] It was an act of vengeance for the killing of a British general in Glassan two days previously by the Westmeath Volunteers. British intelligence agents mistakenly believed that the killers had come from Knockcroghery. The Black and Tans arrived in four lorries and parked at St. Patrick's Church. Reportedly drunk and dressed in civilian clothing, they put masks on their faces, fired shots into the air and ordered the people out of their homes. They easily set fire to the thatched roofs of the cottages, using petrol. They were less successful in setting Murray's, Flanagan's and the priests' houses alight, due to their slated roofs. Having no time to take their possessions with them, the people rushed from their houses onto the street, still in their nightshirts.[3][4] Canon Bartholomew Kelly refused to leave his house, until the Black and Tans began dousing his furniture with petrol. He jumped out of his bedroom window onto a shed twelve feet below, and hid himself until they had left. His slate roof saved his house from being totally destroyed.[5] Unable to set Murray's roof alight, the Black and Tans set fire to the back door. John Murray reacted quickly to put the fire out, saving the house. The occupants of the thatched houses did not have this opportunity, and their houses burned to the ground very quickly. Michael O' Callaghan described the scene: "the raiding forces drove up and down the village, firing shots at random, cursing loudly, and laughing at the plight of the people of Knockcroghery. The people were terrified, particularly the children, whose cries of fear added to the terrible scene."[6] The flames above Knockcroghery alerted the people for miles around to what had happened, and by daylight, the street was full of people.[7] On the evening of the burning, there had been fifteen houses on the main street of Knockcroghery, most of them single-storey thatched cottages. By the following morning, all but four had been burned to the ground.[8] Jamesie Murray remembered the assistance given to the now homeless people of Knockcroghery: "They came from all over to help. People brought clothes, and a fund was soon set up. The families who were now homeless were accommodated in the vicinity, many staying with relatives who lived nearby. Farm sheds were converted into temporary dwellings. Canon Kelly and others found temporary accommodation with Knockcroghery's Church of Ireland rector, Canon Humphries.[9] Later, three or four new cottages were built on the Shrah road and given to bachelors, who then took people in."[10] The village was rebuilt over the next few years, with help from government grants. The rebuilding provided employment locally, at a time when it was needed.

Richybhoy said:
Could ye imagine someone in France suggested that they have Millice day to celebrate the Vichy collaborator police.
Whoever suggested a tan fest should be ashamed.
Click to expand...

It was that thick c*nt Varadkar the Taioseach ( prime minister ), the same guy who said orange parades would be welcome in Dublin in a a united Ireland. I'm surprised the fucking halfwit is still in office

Richybhoy said:
Could ye imagine someone in France suggested that they have Millice day to celebrate the Vichy collaborator police.
Whoever suggested a tan fest should be ashamed.
Click to expand...

Celtic Ultra (sort of) said:
It was that thick c*nt Varadkar the Taioseach ( prime minister ), the same guy who said orange parades would be welcome in Dublin in a a united Ireland. I'm surprised the fucking halfwit is still in office
Click to expand...

Sure he's a fuckin blue shirt, what else would ye expect?

Shadow 1 should post this on FF.....can you imagine the outcry lol

Bring the swagger back Bhoys