_Neil_ said:
After reading Larry's letter, is it any wonder why Doncaster struggles to get sponsors for the league?
Click to expand...

Well, SpecSavers sponsors the referees, which if anything is pure genius from the SpecSavers' marketing department . . . .

Is it true porteus red card was overturned???
G

Cairnsybhoy79 said:
Is it true porteus red card was overturned???
Click to expand...

I sincerely hope so Cairnsybhoy that will be more grief added to the news their debt has now doubled in the last 5 months.

Cairnsybhoy79 said:
Is it true porteus red card was overturned???
Click to expand...

Its a wind up on the twatter sphere apparently
R

Marky1956 said:
Did I imagine reading somewhere that its been 66 domestic games since a sevco player has been red carded during a game ?
Click to expand...

No penalties against them from Dec 2019 until March 2021 when operation stop the ten was complete. 15 months no pens no red cards. The top goalscorer for much of that season was sevcos penalty taker or Tav-Pen as he is known. No pens against but a record setting pens for.
In any other league in Europe that would be a scandal.
Last edited: Oct 5, 2021
G 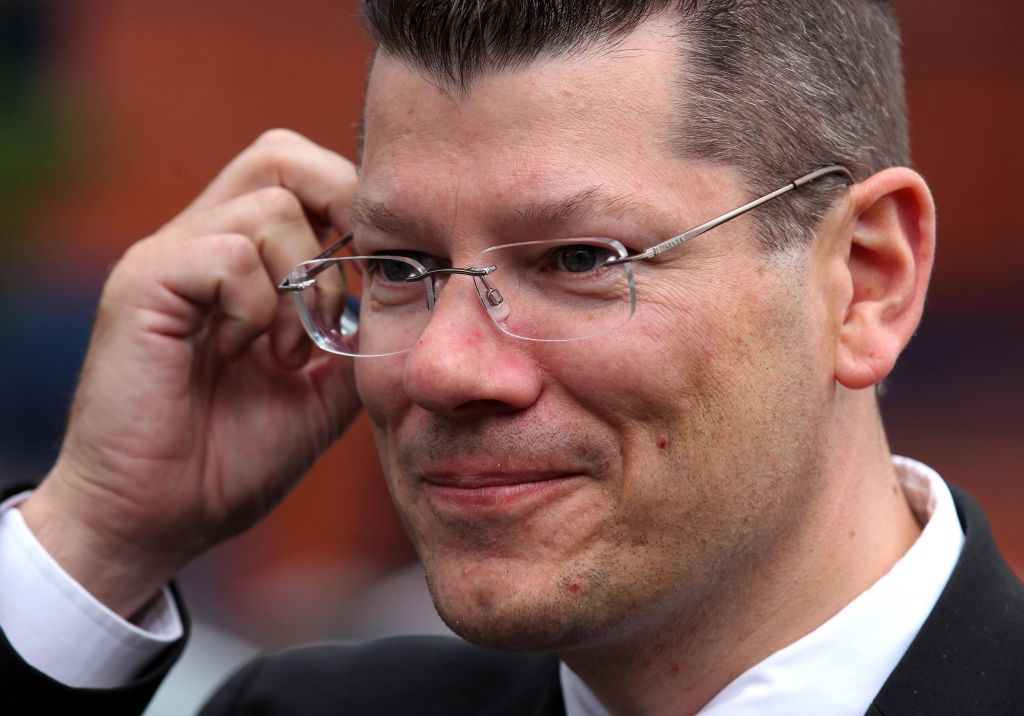 "Mr. Doncaster, you have a problem," Communication from the Central California Coast… | The Celtic Star

A Letter from America.... Blogger's note: I wrote this letter on Sunday, put it down before going to sleep, and picked it up again yesterday morning. After making a few changes, I printed it out

A brilliant piece of writing from Larry,too good to be dependent on getting as far as Doncaster.
Is there anything we can do to get this out there to every supporter of Scottish football and maybe even further,as Larry said it is about time that the world of football should know about the corruption in our game and who the sole benefactor of the corrupt system is..

lcafiero said:
That may be, kelly, and thank you. I don't expect the SPFL to drop to their knees because I wrote a letter. In fact it's not really the letter itself that's as important as getting the message out and to whatever degree -- a small one, to be sure -- amplified to the wider public.

I understand that this is not a new tactic -- others have done this before -- but it doesn't hurt to do it again.
Click to expand...

Good job Larry.
I wonder if any of the companies that sponsor the SPFL actually watch the corrupt product they sponsor.
How can bookies correctly give odds for such a corrupt product?
If 1000s of Celtic fans put on a bet every week that sevco will get a penalty or their opponents will get a red card it will trigger a betting investigation. The odds would also plummet indicating the bookies know somethings not right in SPL land. Puts pressure on the mibs too.
Last edited: Oct 5, 2021

lcafiero said:
I don't think Jock Stein had to deal with corrupt officials. When the officiating is fair, then yeah, the referee doesn't matter. When they're not -- as is the case now -- then there's a problem.
Click to expand...

Sorry Larry, but these Celtic have been on the receiving end of many horrendous refereeing decisions for decades.

Bridie Bhoy said:
Sorry Larry, but these Celtic have been on the receiving end of many horrendous refereeing decisions for decades.

Pity the Johnny Doyle accidentally hitting the ref hadn't been a Tommy Gemmell or Dariusz Wdowczyk... he wouldn't have been getting any red card out of his manky pocket.

lcafiero said:
I don't think Jock Stein had to deal with corrupt officials. When the officiating is fair, then yeah, the referee doesn't matter. When they're not -- as is the case now -- then there's a problem.
Click to expand...

Bobby Davidson was Jocks pan in his arse. The big man hated him .He was as corrupt as they are now. 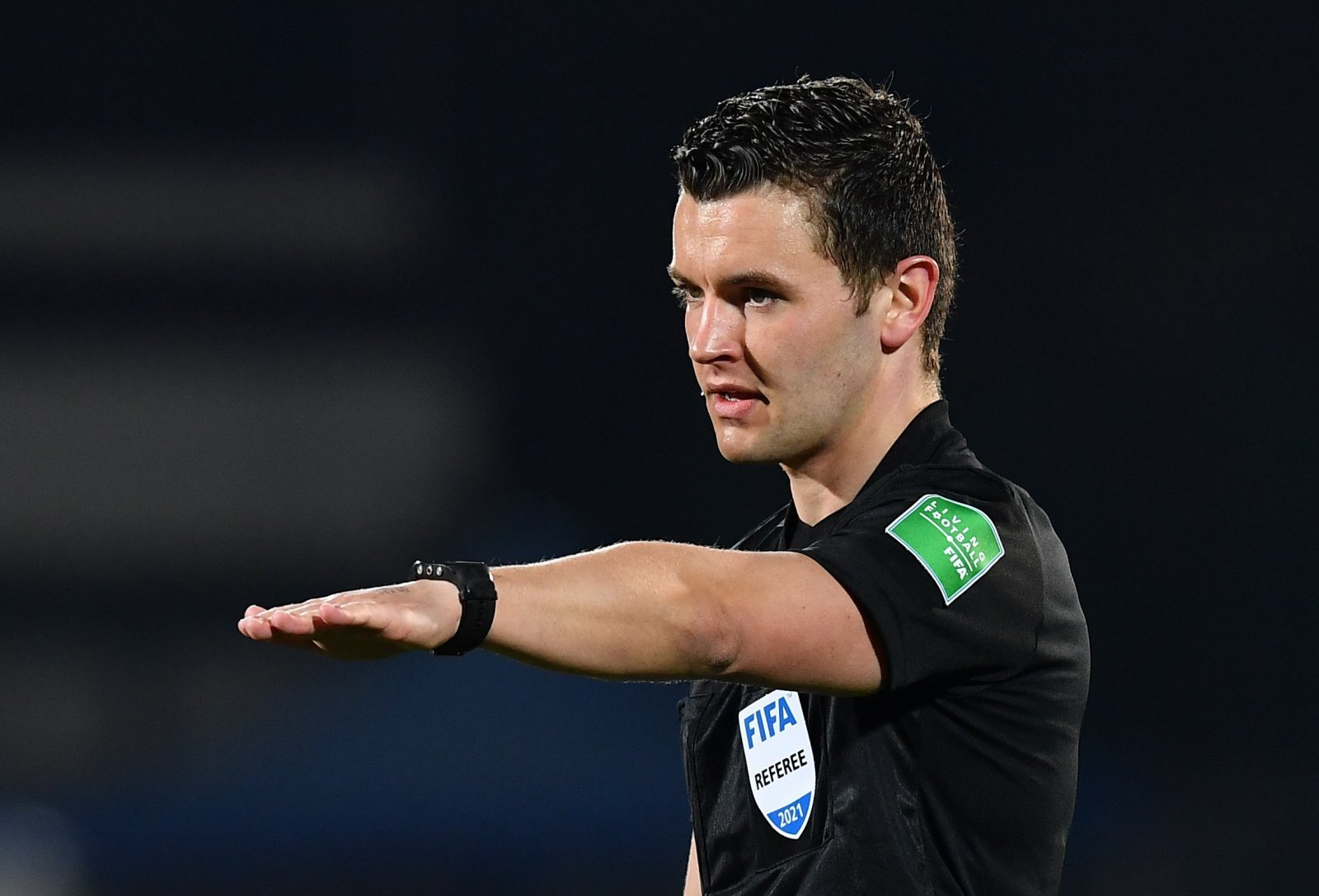 During the week SFA referee Nick Walsh works as a PE teacher at Boclair Academy which works in partnership with the Sevco Academy at Murray Park.

"Mr. Doncaster, you have a problem," Communication from the Central California Coast… | The Celtic Star

A Letter from America.... Blogger's note: I wrote this letter on Sunday, put it down before going to sleep, and picked it up again yesterday morning. After making a few changes, I printed it out

A brilliant piece of writing from Larry,too good to be dependent on getting as far as Doncaster.
Is there anything we can do to get this out there to every supporter of Scottish football and maybe even further,as Larry said it is about time that the world of football should know about the corruption in our game and who the sole benefactor of the corrupt system is..

I'd like to expand on something I wrote in my letter about my other interactions with football fans here.

First, I have one group of friends who are as passionate about football as me, but they are essentially divided up in two camps: Bundesliga and EPL. And then there's me, touting Celtic and the SPFL as my main interest. I seem to get the "here's a cookie, now go outside and play" response any time I bring up Celtic or the SPFL, all the while having to deal with Liverpool fans insisting on bringing up Slippy G in any conversation about Scottish football -- the Reds fans do it all the time for some unexplained reason (it's the damnedest thing), and my usual response is to remind them that he fell on his face and gave Chelsea the FA cup. Also, for those of you keeping score at home, Slippy was a bust at the LA Galaxy in the MLS, and football fans in LA still talk about how they were robbed for signing Gerrard at a huge fee.

Second, in the wider community here, I try to engage with anyone who is wearing a hat/jersey/trainer/whatever of any football team that I see in public, whether I am out and about or at work in the Public Works Department for the City of Santa Cruz, where I am a parking garage clerk. In conversations with these folks, of all ages, I usually bring up Celtic and generally speaking, people have a favourable response to the club. However, while folks tend to know of Celtic, they know little about the situation, but those who do know essentially sympathetically ask me, "So, do you follow any other league?"

This is kind of tragic, and the fallback is to explain the concept of "faithful through and through" to them.

Also, to those who keep asking me, "Why did you write a letter that Doncaster's never going to read?" That actually wasn't the point of writing the letter/blog post -- getting the message out to the wider world via the blogosphere was. So I'm OK if the mailed letter itself doesn't get past the secretary -- or the secretary of the secretary -- of the CEO in his office at Hampden. If you have a point to make and you feel it important enough to put it down, you do it. It's that simple. As Gandhi said, “If you’re right and you know it, speak your mind. Speak your mind. Even if you are a minority of one, the truth is still the truth.”


Bridie Bhoy said:
Sorry Larry, but these Celtic have been on the receiving end of many horrendous refereeing decisions for decades.
Click to expand...

Thanks to everyone for setting me straight here. All this means is that the Bhoys of the Lisbon Lions era, and following since, have all been more remarkable than I previously gave them credit for.


Cairnsybhoy79 said:
Is it true porteus red card was overturned???
Click to expand...

Other than the fact that Porteous doesn't get a day off on the next match, it's pretty irrelevant. Even if it is, the damage -- namely a Hun victory -- is done and can't be reversed.
T 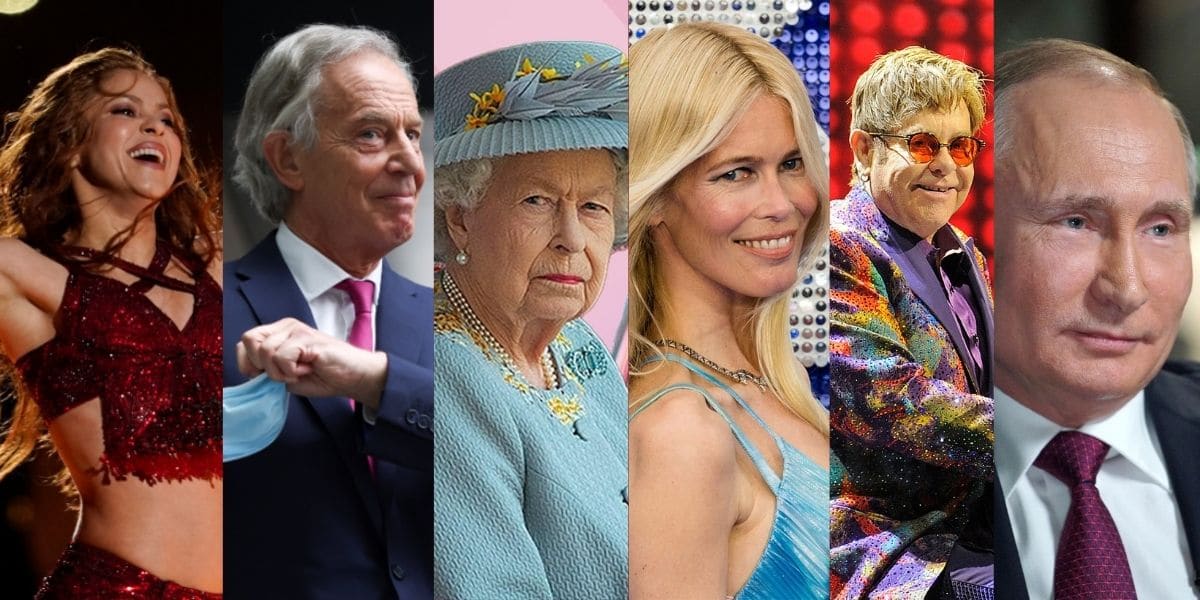 Bellshill bhoy said:
It’s time to go to uefa with a dvd of ALL the “dodgy” “honest” mistakes that only benefit one club, all the retrospective red cards,/non sending offs, all the penalties awarded for and not awarded against etc, 7 European games this season so for 4 sending offs…..yet none domestically, give them all the statistics for them and all other teams in the league, the results don’t lie.

A blind man can see there’s a strange pattern emerging………..

I’m surprised the bookies haven’t called it out, as they’re usually the first to spot “irregularities”

Make the allegations, let them look at it, ask them to investigate corruption and bias in Scottish football that runs right to the very top of our game and let them decide…….at very least the Lanarkshire referees association will shit themselves and start perhaps give everyone a level playing field

It’s beginning to look like whatever happens, someone wants “the Rangers” to win the league again this year…..and will go to any lengths to help them achieve it

Perhaps the real area to watch is the honest mistakes that occur between the others. The Hibs v, the Hearts v" where the Whistlers can influence from a back door. All the strange free kicks and such that affect the other challengers to the Ipox .brand.
S

Collusion is currently apparent….. we need to cleanse our Club of those who worship the old firm and the blue pound…
Click to expand...

Good point brother.
Like most on here I read the statement supposedly by Peter L that without huns
our crowds would soon drop back to 30k as happened when they were in lower divions.
So does that mean we have got to suffer them boasting they are the people and being top of the league proves it. Totally ignoring how the refs got them there.
In last 3 games, offside goal against Motherwell, No Red card for goalkeeper v Dundee & Hibs player sent off when Hibs were in control another cheating 3 point
Basicly what PL point is if we want 60k at Celtic park we got to ler them get away with cheating, not to mention their vile singing of being up to their knees in our blood.
Personally I would rather we played in a league where everything is equal even if we dropped down to 30k loyal bhoys, as it was in the late 50s & early 60s.
What does 60k do for us anyway, we get thumpted by any decent Euro team anyway.
When MON took us to the Final in 2003. It was the best feeling but in a later interview MON said that even altho we made that Euro final DD said we lost money & he wouldn't lat that happen again,
I'm poasting this to get other Bhoys thots not as a ant celtic post because other than my children Celtic have given me more pleasure than anything else.

8 games in it's about time the support got there act together and voiced there concerns and not on message boards or by joining a trust to buy shares ,,,,,,how fkn long would that take to be heard