I can remember quite clearly in my workplace 20 years ago when we were shocked about the murder of young Mark Scott.
Two females commented.. Aw well that's one less of them.
Nothing much changes in their culture of hatred.}

This is the worst thing about getting older all the guys u knew about growing up,and learned about In the old celtic videos are 40 year atleast older then me even to the younger fans wee 10.30 was so popular and as the club have said he was,is and always will be MR.CELTIC

Bellshill bhoy said:
After I’d heard the sad news of Bertie’s passing, I thought I’d have a wee look at what the Huns were saying over on the cesspool that is follow follow, given the recent passing of the legendary hun manager Walter Smith and the respect he was shown on here,
I was TOTALLY shocked one of the early poster had said “if you can’t say anything nice, don’t say anything at all” there must have been dozens of posts stating “I’m saying nothing “ ……

That’s the difference between us and them, a klub formed on hatred

Jinky, Bertie, Tam and our Michael!!!

I can imagine Big Jock having heavenly palpitations trying to control that lot
Click to expand...

And oor Beau right in there with them, getting lots of love 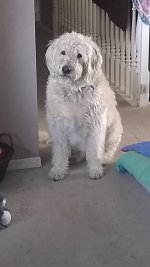 DILLIGAF said:
And oor Beau right in there with them, getting lots of love

He's such a lovely pooch

Hibbees and Huns going at it on the m74 before the game. oh what fun.

Brimcbhoy said:
Hibbees and Huns going at it on the m74 before the game. oh what fun.

A Hun interviewed after the stramash was quoted as saying...

Imatim said:
A Hun interviewed after the stramash was quoted as saying...

Brimcbhoy said:
Hibbees and Huns going at it on the m74 before the game. oh what fun.

Wonder if it will make the news???

Lubos left peg said:
Wonder if it will make the news???
Click to expand...