Wheres all the videos from last nite big ange on the megafone???

Celtic, who clinched the Scottish title with Wednesday's draw away to Dundee United, have told Snoop Dogg to book his flight for their championship celebrations at home to Motherwell on Saturday, the rapper having admitted in March they were one of his favourite teams while suggesting he would be in Scotland for the party.

Winning Captains said:
At no stage did I not believe that Celtic would win the league this season, even after leaving Livingston after what turned out to be our worst performance of the season. A few times I came close, If we hadn't got late winners then perhaps I'd have thought it wasn't on but those moments only came after we did get those goals against the likes of Ross County and Dundee United, both times when down to ten men. Ten men won the league, that takes me back to second year at St Pats, in Coatbridge in May 1979 and going into school on a Tuesday morning to proclaim - I was there! Not too many were. What a night that was.

Ange had the support's backing from day one. He was emotional tonight. We wasn't the only one.
Click to expand...

a was never in doubt 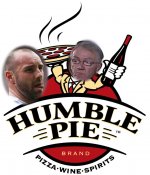 BarrowfieldBhoy said:
Aye on here...but the RSFA or SMSM?
Read a story just other day (BBC) saying how it was amazing that Tavernier, a RB, had scored so many goals this season.
That’s because of the amazing number of penalties they get arseholes, that’s what’s really amazing. And it’s not just THIS season. Why dont you write up something about that on your hun loving site BBC?
Click to expand...

They all know what’s going down.....they’re a part of it all.....cheating, racism, corruption and self entitlement is part of their DNA.....that’s what defines them.....they’re Huns and that says everything.

We are Celtic and we stand alone...

kelly said:
a was never in doubt
Click to expand...

Gotta hand it to you ma mhan.....you called it early doors...

So how did that quote pan out for yous this season. 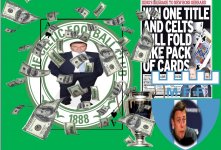 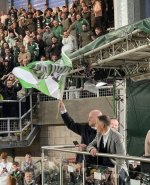 I think today is the dawning on all of us just how much Ange and the players have given us this season.

I just watched an interview there with Ange and he was saying that he had given it every part of him to get this over the line and how the players and fans believed in him from early on. We have the most amazing manager and football team and I’m proud to be a Celtic supporter today and always

The Shamrock said:
It's a grand day to be a Tim.

This day and every other day... 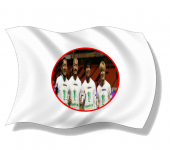 It's remarkable that he did all this on his own with no backroom staff of his own just turned up with a footballing philosophy that many in the media either didn't understand or just scoffed at the thought of a guy coming over from japan could get our club to play that way and win
Said it numerous times the best thing the Celtic support did was get right behind Ange and gave him time ,the same way we all did when Tommy was the manger


suck it up huns

These MPs and reporters, as soon as they're on television.
You just know breakfast was 4 lines of class a coke.
Gove is losing the plot answering his own comments with jokes that I'm sure made sense in his head.
I personally believe that mandatory drug testing procedures need put in place at once.
No other work force would allow this , I'm not saying that on a persons free time they should not have any choice of what to do with it.
Except these fkn idiots are running the county .
Next general election I'd be really surprised if the north ( of England) buy any of the shit hes selling as he promised the north the world but all they got was; (f all and broken promises) shock , surprise? Nah me either
You must log in or register to reply here.
Share:
Facebook Twitter Reddit Pinterest Tumblr WhatsApp Email Share Link