They looted every shop selling alcohol within a 3 mile radius of the Manchester stadium and fan zone, those without tickets also tried to storm the stadium gates to gain entry, the Spanish police know aw their tricks and will be 100% ready for them, your know it’s gonna be bad when hun directors are coming out begging for the rampaging Huns to behave themselves and not sully the “good name” (sic) of the klub

pretty sure theyl have old tree lights in a cupboard

Trying to understand this, as a foreigner: The UEFA Champions League is the equivalent (or the decendant) of the European Cup; European Cup 2.0, if you will.

The UEFA Europa League, formed much later, seems to be a money machine masquerading as a consolation round for clubs that bowed out of the Champions League.

So if the Huns win, does that mean they essentially won a consolation round equivalent to, oh I don't know, the Petrofac Cup?

Sevco on the left.
Just about 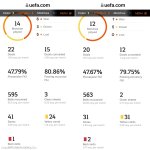 50/50 this game, tho Frankfurt are unbeaten and have won away a few times inc Barcelona and West Ham.
They might just edge it for me.
M

The Shamrock said:
Should we lend them the disco lights?????
Click to expand...

The biggest shop they robbed in Manchester was a Poundland

Cairnsybhoy79 said:
The stark realisation that there is a very real threat to the city of Seville is hitting home
Click to expand...

Bellshill bhoy said:
Their luck is gonna run oot, goldhun was incredibly lucky not to have been sent aff in the last game, it’s a uefa showpiece final, the referees will be top notch, as will the people behind the var screen, highly unlikely any of them will be tainted by the masons or orange order……they’re not gonna get away with usual penalty of a start or the opposition getting a dodgy red card….the world will be watching and hoping for a German victory

Maybe they will shit themselves and behave when they see the cops and the Frankfurt fans, because they like to heavily outnumber their victims before they get brave enough to attack.
Of course they will wreck the place, I think that was just the weed talking

Sales of catheter bags are through the roof down Ibrox way. If they pish the streets of Seville they will get a truncheon right up them.

The Shamrock said:
Sales of catheter bags are through the roof down Ibrox way. If they pish the streets of Seville they will get a truncheon right up them.
Click to expand...

Fecken perverts wid enjoy that, remember the hun at last years “title” celebrations, that got caught havin a wank outside the hun stadium

Is it any wonder Ibrox are not live streaming... they are running scared of their own fans win or lose.

I think it would be quite funny if the huns won the cup, guaranteed CL and 40m quid to keep them afloat, then they got banned from Europe next season because their fans chose to celebrate by rampaging in Seville, bye bye CL, bye bye 40m, bye bye huns.
Maybe then the knuckle dragging fucks would finally realise there is a consequence to their actions.

Hope Frankfurt do the business but i wont lose any sleep if they dont. 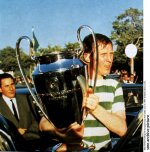 Tony said:
Hope Frankfurt do the business but i wont lose any sleep if they dont.View attachment 18646
Click to expand...

Personally couldn't give a toss if they win or lose let them have their day in the sun ☀ hope all the c***s get heat stroke . Celtic v Motherwell is the only game in town.

Tony said:
Hope Frankfurt do the business but i wont lose any sleep if they dont.View attachment 18646
Click to expand...

Love your photo,said many times on here that they will never forgive Celtic for winning the then European Cup before the match it was by how many we were going to get beat by when they won the cup it kicked them where it hurts and continues to do so,as many Celtic supporters will tell you when they go abroad to watch a match they arrive as strangers and leave as friends unfortunately the idiots across the town think they can do as they like they have no respect for others look down on anyone who disagree with them and think themselves above the law no matter which Country they have invaded
You must log in or register to reply here.
Share:
Facebook Twitter Reddit Pinterest Tumblr WhatsApp Email Share Link