Neil Lennon: Celtic winning 10-in-row would be up with Lisbon Lions 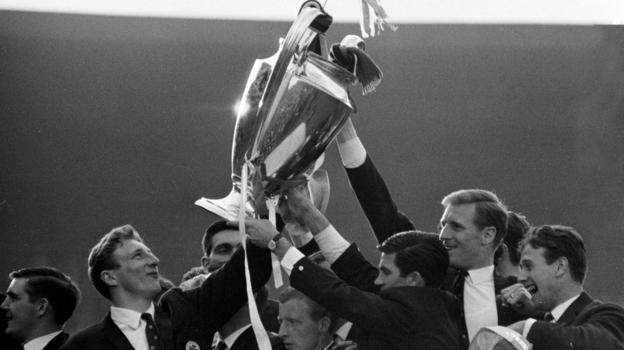 Neil Lennon: Celtic winning 10-in-row would be up with Lisbon Lions

Celtic current squad would be talked about like the Lisbon Lions if they win a 10th title in a row, says manager Neil Lennon.

It will. Well it will for me anyway.
B

It'll certainly be up there, but it'll never beat it.

Me neither.....there’s also the small matter of the European Cup that has to accompany the 10...

On one hand, the cup with the big ears will never be repeated..
On the other hand, lions never won a back to back treble, this teams still in the hunt for a quadruple treble

, and who says we can’t do 5? I don’t even know what the word is for a fivepeat, we all have to agree, that’s some achievement

Different Eras different times but BIG EARS for me every time.
But the pain we’re inflicting on them Priceless.
and we’re gonna inflict more hurt till they burst
Good times good times oh to be a TIM.

What was achieved in Lisbon will never be bettered by any team on this island. I watched a show last week aboot Notts Forest and their Euro success. Tax cheat EBTeeer Souness said it was greatest achievement in Europe by a team from this island. I shouted at the TV " if they had all been born within 30miles of Nottingham maybe ya prick".
I can guarantee that no other team has won the European Cup with an 11 of locally born players.
I know I am biased but what those Bhoys did will always be greatest ever in Europe. We are the only ones to do it and it will never be done again by any team in Europe.
Ten will be fantastic too though but not quite Lisbon.

Just a shame we ll never get a fair crack at winning it again with all the financially doped clubs these days .
R

Spot on Tony. We won when it was Champions only, none o this teams that finished 3rd or 4th pish.
Liverpool v Tottenham in Spain, both of them champions of fuck all !

Winning the European Cup will always be our greatest achievement no question about that as it's the pinnacle of club football but winning 10 in a row is a phenomenal achievement only bettered by the above. One thing is for sure, we're lucky to support a club where winning 10 league titles in a row is only our second biggest accomplishment.

The European cup and Celtics winning of it always ignored by english media and airbrushed out ,the first british team to win the european cup , the first team to win the new european trophy as the old one retired to madrid and the only team in Scotland who won it and will ever win it