"The Rangers Football Club International Of Dignity,
Simply The Second-Best, And Sectananairism takes a contrarian
view to the events of the Scottish Football Writers Awards
dinner.
We stand behind the honourable masonic gentleman,
Brother William Copeland. In fact we even have a stand
after him...
It's lovingly known as the Cunt End."

"Ange, I still love you, baby
Everywhere I look, I see your eyes
There ain't a woman that comes close to you

Let me whisper in your ear
Ange, Ange
Where will it lead us from here?"

If only he could spray passes as well as he does Champagne
he'd be the Beckenbauer sweeper he thinks he is. But what
a keeper he's been - a presence of command and assurance;
nothing to do until after the break, beaten by a worldie,
then becomes world keepie-uppie champion, and finds the
bottle to punch Tony in the chest. Brave as well as daft...

Almost did it all in the first ten minutes - Pirlo crossfield
pass to Jamesy, Jinky wing-play, Broony combat mode, and a
Morelos miss.

Second-half he threw in a KT last-gasp stop with tackle of
the season, survived a Rocky v Ivan Drago sparring match with
Big Joe, and set up the title-clinching goal with a peach of
a cross. Next up: Iron Man Triathlon. And the actual Iron Man
role in Marvel's next movie reboot...

Another industry award winner, for... Well, industry.
Inverted full-back role suits his hustle to the ground;
of which he covers a fair area. Impressed first-half
in particular with incessant supporting runs before
running low on reserves and toiling a bit as they gave
it a go later on.

Between a rock and a hard man... Is our rock. Never
troubled with any aerial threat, efficient with
distribution. This is his golden choice - revel in
the thrill of being a Celtic Champion or return to
the banality of EPL fakery. Tonight, and what's to
come, will test his ambition.

Racoon aloft on his shoulders, he proudly took the
plaudits through the celebrations. Cruised the 90
minutes and handled the troublesome moments with
his usual perplexing style; does he or doesn't he
know what he's doing? Mostly, he's proven that he
does.

Probably one of the indefatigable skipper's
most anonymous perfromances of a dazzling season.

Little influence on the flow of the game. Appeared
to be counting down to glory, couldn't really be
fucked with the footy going on around him; and who
can blame him for taking the night off?
Been a titan, and that final whistle was the sweetest
music to his ears; the only part of him not battered
in his devoted service to the cause.

Nearly every game you say it - what a player this
kid is; a baller of subtle guile with the deft hand
of a Vegas hold 'em pro. Floated around the dangerous
spaces, offering some mesmerising moments, lacking
only in the finishing touches to his creative
flourishes.

I'll give the wee mhan this - for someone more
knackered than Madonna's houseboy, he's more than
enthusiastic about pulling on The Hoops and giving
it all he's got.

Passing was a joy to watch, incisive movement
lifted expectations, finishing was a Sebo
disasterclass.

He'll fuck you up, and he'll revel in it. Ryan
Car-Jack shat it from him at The Meth Star and
tonight it was pre-pubescent referee Little Nick's
turn.

Big Gio (not the wee imitation who runs the
Zomboids) was getting so hungry for service that
Gavin Strachan was downloading the the Just Eats
app into his laptop before Tony got on the ball
wide.

Then we saw the best of the big mhan as he managed
in a matter of nanoseconds to shift his feet and
position, and get a burst at the high ball in the
tightest of spaces.
Whipped the neck like his spinal cord was implanted
from a salmon and smashed home a Tannadice title-winning
heider to evoke memories of our last big rampaging centre
forward with an unpronouncable name, 14 years ago.

Lively but confused - so much orange around him he
wondered why the home crowd was docile and generally
civilised. Was a night of almost, as he burst into
action intermittently, failing to find the final ball.

Another might-have-been as Jamesy started the game
like the Jamesy of lore - troublesome and inventive.

May have enhanced his legend even more, but missed
getting on the end of a sweeping move to score by
a matter of inches. Obviously going for the ball
with the wrong part of his body...

Get on and start the party, Kyogo-San.

Mostly smiling and joking around as he
enjoyed the end of yet another legendary
season finale at one of his favourite
grounds for breathtaking trickery.

Likes an evening out of the care home
to visit old stomping grounds, particularly
fond of the Dundee harbour sunset. Reminds
him of his Dundonian whaling days... In the
pubs and dancehalls...

Limelight is his thing; Young Gun almost
provided one of the goals of the season
with a stimulating burst of skill, only to
be thwarted by a keeper with no musical
taste.

After running all the way there from Saturday,
he only went and blew his big moment by wildly
slicing a last-gasp winner into the Green Brigade.

A curious tinkering of his mid-to-front had
eyebrows raised, but Ange knows his personnel
and where to place his trust.

But for erroneous penalty-box choices he would
have gotten the finish-line bursting win he spoke
of. Yet, with a rare draw, a derided man with a
committed plan has redressed the balance of power
we thought lost with the 25-point surrender of
the TEN, sealing the gloriously unexpected title
comeback at the scene of that generational crime
just one short, but bitterly long, year ago.

Much will be written of him in days, weeks, months,
to come, but for tonight let the Big Mhan wallow
in the joy of that final whistle and the love and
gratitude of the global Celtic Nation.

Let him feel what it's like to step into the hall
of legends and know there's a podium with his name
on it and honours to be carved into it.

He did it. The man from 'nowhere' arrived all Han Solo
and dragged the joke that was the 6th placed Hoops
back to become CHAMPIONS in the face of racism, bigotry
and vomitous hubris from every corner of this spiteful
land. And did it with proper Celtic verve and style.

What's Australian/Greek for "Roon yeez all!"?

So with the big-hitters on the goat-caravan to Seville
and the shock of the title evading their grasp, the
MIB hierarchy threw in Little Nicky for a go at spoiling
the champions' event.

A brief flurry of excitement saw him angle towards United
snatching a winner with a few dubious calls, but he had
to balance that out with the freezing terror of big
Jackie's glare every time he glanced his way.

In the end, he settled for the default MIB position this
season: shat it.

LOL, the result the Huns hate the most - a draw delivering
the title and Dundee Hibernians a European spot; a team
they believe only tries against them, for...Reasons...
(Be interesting to see what they make of Feniantracht
Frankfurt papping 4 past them...)


The Hoops did it again - relentless adherence to the method,
massive belief enchanced tenfold by the reward at that last
choked blow of the MIB's flute tonight - CHAMPIONS!

Getting it over the line was the task, with style we hoped;
And they went at it in the engaging manner we've luxuriated
in this season of renewed dynamism and optimism.

Was amusing and incongruous to watch us run the clock down,
brought home what it meant to this collective to reach that
prize moment, see their dream come true.

Barely been a more deserving Celtic squad and manageer in
my lifetime than these dedicated and passionate pros truly
playing for each other and the jersey, defying their
detractors to a man, triumphing as one green and white
machine.

SANDMAN, YOU ARE A LEGEND

Aussie- Eh get it round you, mate 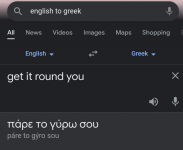 Shottsghirl said:
Sandman it’s been a pleasure reading your account of all our games Just one more to go I’m going to be lost until the season starts back

Sandman we need your input injected to boost falling Celtic View sales and bring some normality to a Mickey Mouse paper. 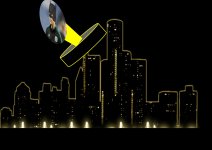 Staff member
Hopefully we'll have Sandman's End of Season Review to look forward to, it's been a brilliant over the past few summers...

Between a rock and a hard man... Is our rock. Never
troubled with any aerial threat, efficient with
distribution. This is his golden choice - revel in
the thrill of being a Celtic Champion or return to
the banality of EPL fakery. Tonight, and what's to
come, will test his ambition.
Click to expand...

Thought "The Rock" should have gotten more -- maybe a 7? -- but that's OK. Great overall ratings as always, Sandman!

Incidentally, CCV's stock is moving up thanks to his play at Celtic, and a call-up to the US Men's National Team is being discussed as they start selecting a team for the World Cup, especially in the face of two recent serious injuries to defenders Miles Robinson and Aaron Long. We'll have to see.

TartanTim said:
Aussie- Eh get it round you, mate

Want to REALLY have fun? Translate it back from Greek to English and see what you get. Google Translate, which is a godsend for following football in languages other than English, can be a little quirky.

Come on you Bhoys in Green? Translates to "さあ あなたは緑の男の子" and back to "Come on you are a green boy"

lcafiero said:
Want to REALLY have fun? Translate it back from Greek to English and see what you get. Google Translate, which is a godsend for following football in languages other than English, can be a little quirky.

Come on you Bhoys in Green? Translates to "さあ あなたは緑の男の子" and back to "Come on you are a green boy"

I love doing this