"Stupid names and utter drivel. Utter nonsense of the
highest order. Seems like some would be arsy student
trying to be clever. Not the sort of type who'd be welcome
in our golf club, that's for sure."

"I like nonsense; it wakes up the brain cells"

Performing in loveshacks such as this at the furthest reaches
of the Byzantium empire keep the showgirl grounded and reminds
her that a stage is a stage, however far beyond civilisation
it may be.

This furious fellow and his workrate are setting the bar
for the rest. All vey well displaying the industry of a
cocaine factory ant colony, but can he leverage in the
finesse of those with star quality?

Today was a day for digging though, and dig he did -
combative high up the park to force the winning plays,
showing no sign of let-up in his quest to retain the
jersey with Diego Armando Maradona waiting in the wings.

Books change lives, it is said. And Carter's displaying
an even more focussed intensity this season than last.

World Cup ambitions, some might assume... But, no...
On vacation (that's American for piss-up, folks) this
summer he read "The Leigh Griffiths Guide To Scottish Burds".

What lay - and was laid - between those pages has haunted
the Big Mhan ever since, producing a new stoic determination
to follow in his newfound literary hero's filthy footsteps,
beginning with cementing the aphrodisiacal stardom the Hoops
brings, along with numerous opponents...

And today the cemementing of the hammer-throwing warboys
of the North began. The bhoy's a rock who keeps his brains
in his boots so he can smash his skull into the wincing
moments lesser men shade from.

Bridled with a new defensive partner he kept counsel and
kept us mostly secure, probing when required but mostly
standing at the door with the clipboard and list; nobody's
name on it...

"You've done it all
You've broken every code
And pulled the rebel to the floor
You spoiled the game..."

Out-muscled and out-jumped by a sinewy berserker to concede
the equaliser, ceremonially yellowed by priapic MIB soon
after, it looked like fluid German technology was going
to be humbled by Heelan' tractor mechanics.

Then he drifted into their box like the spectre of Virgil
Van Dijk and guided in a glorious header to fullfil
Steve Harley's request: He came up to see us and made us
smile.

Welcome to the party, big mhan.

He grew up in a region blighted by wars, so this was but
a field trip to an unruly hamlet behind the lines for JJ.
And being Croat, he was better placed to understand the local
dialect than anyone else.

So, unfazed by call from the crowd to, 'Jangul he's meerchcekins"
(I have no idea...), he foraged for openings and chinks in the blue
wall of the North. Mostly, he frustratedly buzzed around them like
a perplexed wasp but the attrition value of the energy he brings
cannot be underrated.

Captain, our Captain. As they make us change in an old school,
the players had desks to stand on and hail the human metronome
at the heart of Angeball.

Nothing spectacular but as we've come to know at this tough
venue, persistence beats resistance. And there's nobody better
to keep on making those little sharp passes, keeping the ball
- and the oppostion - moving until we get just desserts.

All the scary stories of wild Jocks that peppered his childhood
nightmares became manifest today. Though he did manage to get
over the fear and could have scored. Should have? More than once.
Yet we still have a young Rogic-esque footballer in the making;
the fact he didn't drown among the huddled masses around their
box evidences his guile and ability to survive in the most cloistered
environments.

"When Ah wis a boy, all this wis volcanoes..." Thinking himself
in Brig O' Doon, we waitied for the meds to kick in and for him
to use the tin-openers in his boots and run the show. Didn't work
out; stifled a bit and not lifting the tempo enough to facilitate
the space he needed.

It's not Lisbon, but as old and crumbly and there's no statue of
Columbus in the Dingwall town square, just a fifty-foot one of
Tony the Tiger scoring last season's 167th minute winner made out
of human bones.

Yet even this archaic setting fazed our Young Gun not one iota, and
those magical dancing feet they thought were never gonna dance again
found their rhythm once more and set up our three glorious goals.

Bhoy's a marvel in the making; A Marvel Superhero.

Slayed the Northern beasts last time with a bullet header.
Sharper today, even, and found the space to open the scoring
with lovely movement in their box. Thought he'd won it in that
blink of an eye after being bullied for the most part; but you
cant' stop Kyogo, you can't stop Kyogo...

Just another dash round the battlefields of feudal Japan for
the speedy samurai. But another fruitless dash as our speedboat
without a rudder battered away at their stoic rearguard to no
avail and took an early shower at the local waterfall. Hope he's
not injured.

His dad scored up here. Never played a game, because Coonty
were Heeln' League Of Gentlemen back then, but scored anyway....

Young Jackie maybe should have too and been the hero, but yet
to get his sights in and a tough task to be asked to chisel a
way through them in the last 15 minutes.

Missing Nir. And near missing. Then ices the scone with an
absolutely beautiful turn and whipped strike that curved all
the way round the home stand and half their team before tucking
itself inside the post; witness it from young Juddy's Youtube
match vlog, a thing of absolute beauty. 'Wow' best sums it
up perfectly.

Thrown in to enjoy the festivities; The kind of five minutes
you dream of experiencing.

Big Ange sticks to his guns. And big Ange wins again. Something
will probably need to be done about this for the sake of the Huns'
mental health, and I expect a motion brought to the Scottish
Parliament by some simping clown like Mungo Fritter to stop us
playing after 80 minutes; 'The Gerrard Ruling'.

But yet again relentless Angeball comes up trumps just when you
though it was faltering. Tut-tut, keep the faith.

Poor Donny. Tented his shorts in a few brief moments as he traditionally
booked the new fenian, saw the equaliser go in and awarded a direct
free-kick that almost wrecked the Irish Rover's sails. But alas, it
ended as it has before for him - a wee cry-wank in the showers
post-game.

So, you say, how was it? The game nobody could see apart from the chosen
hardy travelling few. Even the pirate streams took the piss, facilitating
lower league streaming fluidity yet crashing the Dingwall experience like
it was the fucking Mars Rover beaming it back or something.

And I like to watch every kick of every competitive ball every season
to 'inspire' this pish. Eventually, I managed, then fell asleep around
dawn only to wake this afternoon hungover and realise I had to write
something about another emotional day in doomsville before whiny
bastards lost patience and stared posting questions...

And here we are, only two games in but after the straining drama of
that, surely everyone - from you to me to Ange and the squad - is
locked in for another fun and frustrating ride on the Celtic Revolution.

One thing emerges from all the turmoil of these dug-out wins - more often
than not these Bhoys get the job done and bring home the bacon. Eh, not
in wee Abadass's case of course...

Dedicated to the memory of the great Yogi. RIP, hero.

Brilliant Sandman. It is just a real shame that you force us to read your utter drivel which is padded out with silly nicknames and terrible jokes!!!

And long may it continue.

Another quality piece Sandman. I hope your hangover isn’t too bad

Wed have been able to pick up the Mars rover far easier than that game pretty sure of it.

Aye hope maeda isnt injured and that was precautionary taking him off.
If it's not then weve lost 2 in 2 games

A bloody hangover and there was me aw worried aboot ye Sandman.

Bridie Bhoy said:
Brilliant Sandman. It is just a real shame that you force us to read your utter drivel which is padded out with silly nicknames and terrible jokes!!!

And long may it continue. 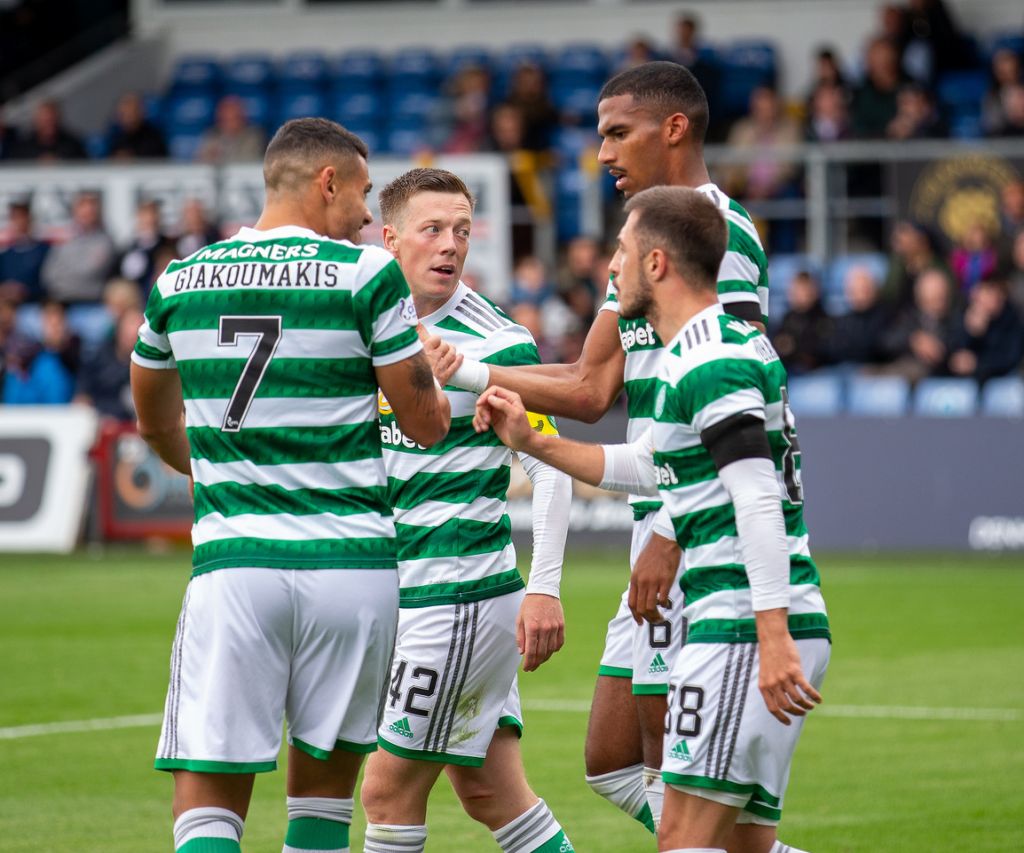 SANDMAN'S DEFINITIVE RATINGS NONSENSE: CELTIC @ HADLEY'S HOPE... "Stupid names and utter drivel. Utter nonsense of the highest order. Seems like some would be arsy studenttrying to be c

SANDMAN'S DEFINITIVE RATINGS NONSENSE: CELTIC @ HADLEY'S HOPE... "Stupid names and utter drivel. Utter nonsense of the highest order. Seems like some would be arsy studenttrying to be c

No Facebook posts by Patterson and Lapping this week. Even after Sandman namechecked the boring greeting-faced twats!

I'll be honest, I haven't got a clue what Hadley's Hope is. Something to do with Aliens??? Ah, who cares. It is still worthy of the Booker Prize!

Bridie Bhoy said:
I'll be honest, I haven't got a clue what Hadley's Hope is. Something to do with Aliens??? Ah, who cares. It is still worthy of the Booker Prize!