Staff member
I referenced the two games at the weekend in the opening comments in the last match thread, predicting a 3-0 win for Celtic and then expecting the pressure to get to the Rangers going to Tynecastle to face a side fighting for their Premiership lives and it all worked out as expected.

However I also tried to predict two difference Celtic teams depending on the tactical set-up and got those woefully wrong.

Gone are the days under Brendan Rodgers when the team sheet would be leaked, and we used to get at least two reliable tip-offs on a regular basis. So there's np point in trying to guess the team for tomorrow. Saturday tells us Jonny Hayes is a wing back and Leigh Griiffiths works alongside Odsonne Edouard, so if Lenny wants to play Griffiths the 3-5-2 is the best shout.

That though requires Jeremie Frimpong as the right wing back and it takes Forrest and Johnston out of the team - both are big favourites of the manager.

So without Frimpong (assuming he's not fit) the formation used against Partick Thistle could be used. That would see Bauer at right back and perhaps Taylor at left back. Ajer should be back alongside Jullien and of course Forster will be in goals.

The diamond would have Ntcham and McGregor ahead of Brown and either Rogic or Forrest with the to strikers up top.

Ross County will take some confidence to Ibrox after their performance at Celtic Park and will be stuffy. Not expecting them to come away with anything though but a Celtic winning - with three stands full of the Hoops - will deflated the desperate punters at Ibrox. Tommy Wright was moaning about not being bale to strengthen his squad while losing players in the window The cash tomorrow night from the extra stand given to Celtic fans will allow him to bring in up to 3 additions, so there is logic in what they are doing even if it does increase the advantage for the Hoops. Not that I'm complaining. Looking forward to a wee trip to McDiarmid Park and expect another comfortable 3-0 win for the Hoops.
F

If we win every game till the end of the season then we make history with a Quadruple season. It all starts on Wednesday night. All I want is 3 points. Any thing else is a bonus.
G

We win our next 3 away games,
Not sure the Huns will win their 3 home games....HH.

Just win. Up the performance level, tighten at the back and convert more chances. I'm easily pleased. 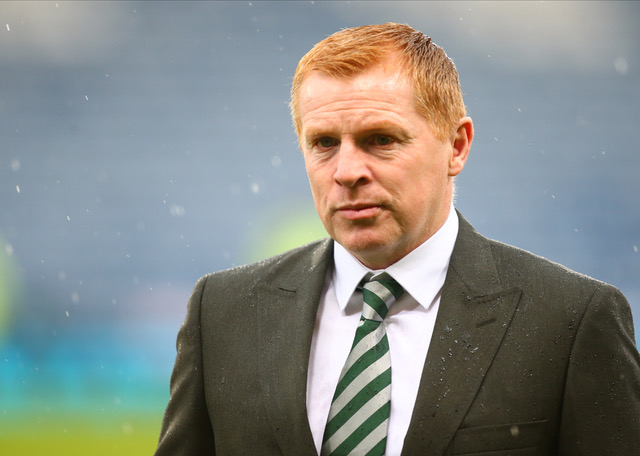 THE JANUARY Transfer Window 'slams shut' on Friday and we are wait and watch to see if Celtic are going to add any additional signings. So far there have been two new arrivals Patryk Klimala

Just get the 3 points Celtic, although we all want good performances every week, this season Im only interested in winning, Sevco will be under enormous pressure every week as long as we're winning, don't let them off the hook boys, an added bonus of winning our next few games and hopefully opening an ulcer inducing gap on the zombies, will be to pile on a shit load of pressure on them in their Scottish cup ties.
If we can get ourselves a signing of real quality and a player impossible to leave out of the first team, that for me could be the difference this year between making more history and disaster.
3-0 to the Hoops.

jones and Barker gettin forced out the door

THE JANUARY Transfer Window 'slams shut' on Friday and we are wait and watch to see if Celtic are going to add any additional signings. So far there have been two new arrivals Patryk Klimala

jozo ,Bayo,Shved easy to drop any one of them
A

Just got ma ticket sorted so hopefully see plenty of goals!Goin for a 4-0 win.

win ugly it makes no difference

Docco said:
My preferred team obviously going on the latest injury reports and updates would be

I forgot Christie was back after his ball-grabbing suspension
L

My prediction is big fat Boyd will tell us the league is over, the Rangers are rubbish and massage our Celtic egos while all the while praying for the exact opposite, reverse psychology!
Anyway, just win Celts and pile it on.
HH

After Lenny's interview today,it sound's like we'll be going with a back three and two up front for the St.Johnstone game.

Cheaton beaton is our ref for wednesday another stop start display

352 with wingers at wing back

Would start Rogic ahead of Ntcham and if Elhamed was fit id play him instead of Jozo.

Artur said:
Would start Rogic ahead of Ntcham and if Elhamed was fit id play him instead of Jozo.
Click to expand...

I would start with Elhamed on the right of a 3 as well, but he is never fit. Hasn’t played since Rome, and didn’t play that much before then either.
A

Gary67 said:
I would start with Elhamed on the right of a 3 as well, but he is never fit. Hasn’t played since Rome, and didn’t play that much before then either.
Click to expand...

Yeah mate hes been unlucky with injuries,big Jozo in my opinion is an absolute bombscare,doesnt fill me with confidence at all when he plays.
Last edited by a moderator: Jan 28, 2020