Huns without the bus fare huh?..
Click to expand...

To be fair, it would be a hoor ae a bus fare Ken?
C

Niall J said:
BB is quite right. I lived there a good few years ago and although as everywhere there are many good tims up there, it is a stronghold for the huns.
Pre merger Inverness Thistle were predominately Celtic while Caley were very much for the hordes. Although it was a merger in name, Caley basically swallowed Thistle up.
Click to expand...

not being into the swallow swallow mentality
C

Bridie Bhoy said:
I think Celtic Star's exclusive of this has put a stop to that job move. Not even they would be so stupid to offer him a job now (not for a couple of years, anyway). I agree though with an earlier post that sevco would have tried to get him a place on the SPFL Board too. Also, every ICT fan I know also back the rangers too.
Click to expand...

if you take out the IT factor, your left with C, not C+ even, just the ex rangers mafia that infects
C

What is C+ used for?
uses of C++ allows procedural programming for intensive functions of CPU and to provide control over hardware, and this language is very fast because of which it is widely used in developing different games or in gaming engines. C++ mainly used in developing the suites of a game too
C

most knew a new war was coming, they failed on the pitch, hmm the ranks .. we have a crazy missile to fire.. to destroy all rather than let others win. The suicide squad
F

For goodness sake the games a bogey. Just call the season now and hope that the next season can start on time and we can start the season with the SC finals
J

The board and directors of ICT would definitely have been on board with this it's a simple case of maths they'd have lost out on 175k.so it would have to be made up and maybe a bit more so something was put on the table to seal the deal one things for sure gardiner was not a lone wolf in this no way let's hope more decent journalists get onto this thiers more to come.

Bribery seems to me to be the answer to the ICT conundrum imho, Tell Gardnier you've a job here in a couple of seasons once everything settles down? tell your board we will loan you a couple of players over the next few seasons and we will play a pre season warm up before the new season starts. Given the facts as we know them thats how I see things.

P.s I've been wrong before

I think I C where you’re going with this...

The dogs are snapping,Stranraer have also said they will go through the the courts if necessary to protect thier position in the league,does that mean they have more cash than sevco,I know that's not hard but it's strange that two clubs in the league who are anything but leading lights have suddenly become voices in something thier clubs have nothing to gain indeed could lose a lot of money,if the directors have failed to act has anyone at the. Clubs asked the supporters thier feelings, ???

That is so funny, didn’t realise there’s a lot of similarities with rangers fans and trump supporters

Jinky1962 said:
The board and directors of ICT would definitely have been on board with this it's a simple case of maths they'd have lost out on 175k.so it would have to be made up and maybe a bit more so something was put on the table to seal the deal one things for sure gardiner was not a lone wolf in this no way let's hope more decent journalists get onto this thiers more to come.
Click to expand...

A promise of a £200K "compensation package" to acquire Gardiner's services - surely not, as sevco wouldn't have that amount of spare money!!!
W

Winning Captains said:
'Staunch' Scot Gardiner - 'Working on behalf of another SPFL member to frustrate the award of the league title to Celtic' David Low... 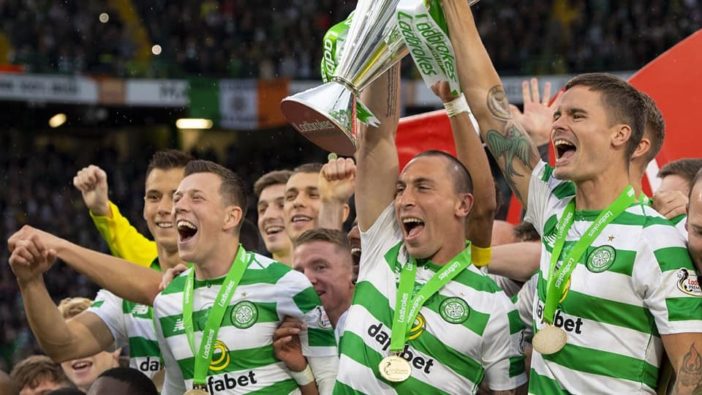 I MIGHT be worried if these eejits working on behalf of deidco were competent individuals, but, they are of the same poor quality as their on field purchases. Incompetent club from top to bottom, inside and out.
Seven million for Cnut. It always makes smile.

I think I C where you’re going with this...
Click to expand...

Bridie Bhoy said:
A promise of a £200K "compensation package" to acquire Gardiner's services - surely not, as sevco wouldn't have that amount of spare money!!!
Click to expand...

It could work. An initial payment of £5,000 and the rest paid up over about ten years... as long as it's interest free, of course.

JamSam67 said:
Lucky you I’m on intravenous Deludamol and i don’t have a Cuntin Clue what’s going on there

u a wee bit thick
R

Noticed that SP has not posted for a wee while.
Hope ye are ok man.
A

POD said:
The ICT board should be pressured to clarify if they agreed and approved his actions. If so they are then answerable to their own supporters for potentially lost revenues at a time they were financially struggling and looking for extra finance from those same supporters.
If they did not approve his actions and it was a solo run by Gardiner, then it is surely an extremely serious disciplinary issue for them to consider. Possibly even a sacking offence. If I was an ICT fan I would be fuming either way. HH
Click to expand...