The Charlie Nicholas Story - "One of Celtic's greatest ever players – or at least he could have been," David Potter

kelly said:
christ the more this thread goes on the more i hate the fkr rises , could you not have picked another player than this prick
Click to expand...

LOL. That's it finished. David Potter has a particular dislike to Nicholas so decided to look at this story again. I added the piece of info that Frank McGarvey gave us this week. What struck me is the comparison with Paul McStay who stayed at Celtic - then was unsuccessful at a youth coach interview with the club. Anyway, as the international break has another week to go David has moved on to consider Ronny Deila's time as Celtic manager and that starts tomorrow...
T

Winning Captains said:
The Charlie Nicholas Story - "One of Celtic's greatest ever players – or at least he could have been," David Potter...

Been keeping this one from David Potter for the international break. First part today and will add additional parts throughout the week. 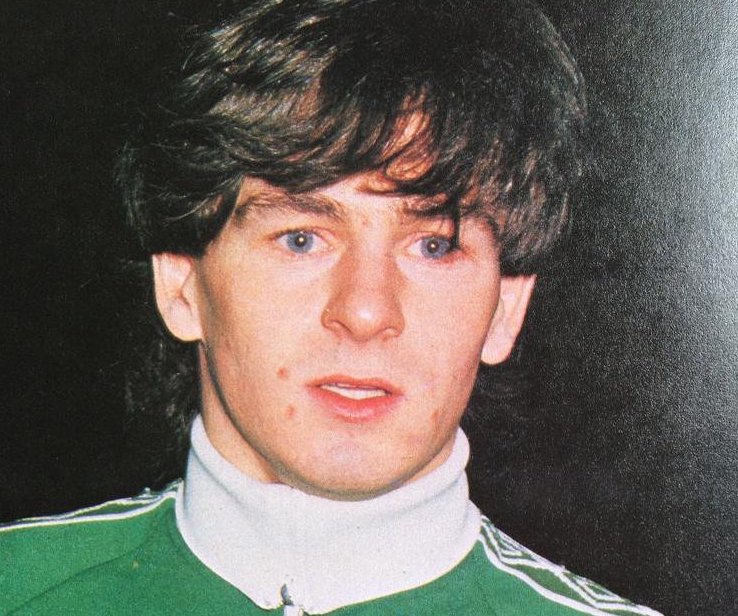 The Charlie Nicholas Story - "One of Celtic's greatest ever players – or at least he could have been," David Potter

The Charlie Nicholas Story - One man's struggle against reality.
T

Bridie Bhoy said:
I would have to say that when the young Charlie first broke through he was an amazing player. In my opinion, he is up there with Paul McStay as making the biggest impact to the first team by a youngster since Kenny Dalglish. Sadly, that is where the similarities end as Champagne Charlie fecked off far too early and the Maestro played for the club he loves. I think even if Charlie had stayed with us for another couple of seasons he would be thought of in a higher regard, although he did return for once last big pay cheque with us before becoming the biggest Uncle Tim in the media where he just loves to slag the club and fans at every opportunity.

I'm interested to read anything about our history - even the rubbish stuff - and I know that David Potter is not a fan of this ignorant self-loving gobshite so I'm interested to see where this story goes.

I remember when Charlie had just returned from breaking his leg and he played in a testimonial at Forfar. At the end of the game I got my programme signed by the Celtic stars that had turned up and Charlie was last as there was the biggest crowd around him. Just as he took my programme and pen a local Deadco-supporting pissed up thug shouted "hoy Charlie" and as he looked up the ned spat the greasiest gob right into Charlie's hair. Nicholas then just sprinted off the pitch and up the tunnel - taking my bloody signed programme with him! OK, it happened about 40 years ago now and I'm just about over it after lots of therapy but every time I see his smug coupon on the telly I think back to him pinching my autographs!

Yeah. You sound over it!

50 Shades of Green said:
It wouldn't expect Charlie to be on anything like Mcgarvey, Mcgarvey was bought from Liverpool and Charlie came through the ranks at Celtic, thats not to say his offer of a raise was derisory, but as you say the Gooners were paying 10 times what we would have paid. Although Frankie never really played for Liverpool, I doubt he would have came home for £90 a week. At the time of his first departure most thought the Gooners were the wrong choice for him, they weren't renowned for their attacking prowess, but as Charlie went on to prove, bucks are bucks and the more the merrier.

Charlie must have been 'sitting there thinking' (thinking? Charlie? Really?) How he went to a dead famous London club and won the square root of fuck all. I'll always remember the young, 50 goal a season Charlie, its a shame I'll also remember the, 'I'm a Celtic legend, I'll get as fat as I want!' Charlie. He'd be SO much better thought of if he just kept his fuckin mouth shut, no?
You must log in or register to reply here.
Share:
Facebook Twitter Reddit Pinterest Tumblr WhatsApp Email Share Link