What if we win every match this year?

Winning every game so far

Fisiani said:
Winning every game so far
Click to expand...

I told you we had a special team.
Click to expand...

You're missing a win there bud 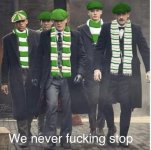 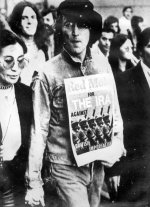 
How long can it go?

Fixed it for you. Answer - we all quit, go live on a Caribbean island, never need to watch any football ever again bar replays of this season on loop until we die of alcohol poisoning or get eaten by sharks after drifiting out into the ocean on hooped lilos hammered on Guinness cocktails.
Click to expand...

Sign me up canny swim but what a wiy ti go

This is possibly the most fascinating interview of Ange as Celtic manager that I've seen.
Great insight into the mindset of the manager and the man.
I'm not sure I've seen him look so focused as here.
He's excited like all of us are but hes not phased , the opposite would appear more so.
Switched on .
" Do you think that all the optimism is helpful or a hindrance, should fans temper their optimism with reality?"(or WTTE ) .
" You want me to burst people's bubbles?"
" To tell them not to dream?
No I wont do that" . Fantastic Ange

They can't deal with him, not in the way they want.
Ancelotti said that Celtic are the most dangerous opponents in their group, hows that make you feel?
" itll feel better if he says that after the match " .
He actually has the MSM on a short leash where they are worried about making mistakes, they end up repeating old questions hes fielded before.
" Ange! Many people say that putting your hand in water feels wet ?"
" Well , I dont know so much about feeling wet but it's a different sensation and one were very aware of "

Love how he does that.
Thought it great he reminded them of our 3 wins in the EL group stages last season and how close we were with the other 2 away games to winning them while we were numbers light and right at the beginning.
I think only Midtyland and ourselves went out on 9pts.
Everything's leaning in the right direction, get a good start to the game, any early goal or dominating the ball with crisp passing will lift the roof on CP to....day. HH
F

We have a special manager and after tomorrow he will be wanted by many teams. I believe that he will stay here and see this journey through.
F

Think you owe us all an apology for getting our hopes up Doc.

(That's on top of the apology for the novel obviously)
F

How about ,
What if we win every game except the Real Madrid game?
T

Winter said:
How about ,
What if we win every game except the Real Madrid game?
Click to expand...

naw av saved myself from buying a cat ,,,,,the threads ended we got beat
F

One of favourite songs from the great man !