What sorcery is this?

Sevco down 2-1 and Brother Beaton only gives one penalty and a measly 6 minutes injury time in the 2nd half. He'll be buying his own drinks soon if he sticks to this kinda standard.

By all accounts never a penalty. Who'd have thunk it

Steviebhoy67 said:
By all accounts never a penalty. Who'd have thunk it 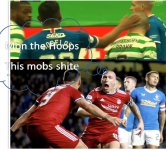 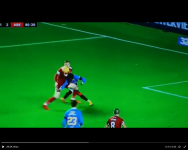 Never in a million fkn years the Rangers player is behind the defender and jst dives in front of him it’s blatant cheating fae Beaton!

Hey…..and thats our BEST referee is it not?

If it wisne fur yir penalties, where wid ye be

Every fucking week its the same shit. In our game, Johnstone beats mcginn and is dragged back in the box. Ref gives them the foul. Gogic is all over rogic from the offset. Should have been booked the 1st time he dragged rogic back while he was on the break (like he did with Callum). Was allowed to carry on fouling rogic at least 4 or 5 times before being booked. Rogic eventually went off injured. Hibs striker catches ball as it going out of play. Regardless of wether the ref thought it was funny or not...thats a booking. Porteuos (that guy that got red carded for NOT making contact with a hun) dives I to a challenge on McGregor with his stud ending up smashing into our captian shin right below the knee. That's only a booking against us.....meanwhile, brother beaton is giving the scum a penalty because a sevco player couldn't quite get his head to ball and fell over.

Kakhanded said:
Never in a million fkn years the Rangers player is behind the defender and jst dives in front of him it’s blatant cheating fae Beaton!
Click to expand... 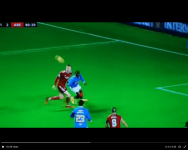 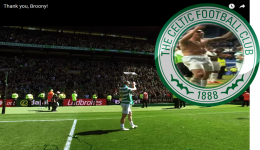 Bates knows he has gave the game away he never even contests the decision, wee rat.

That's not why the penalty has been given and that's not why the huns gone down. It barely a pull. The huns already diving forward...he's not falling backwards as if he's being dragged. The ref has never seen that while the games being played at full speed. Shit like that happens all the time in the box. You'd get 50 penalties a game if everyone was given for that. Beaton blew the whistle cause he saw a hun player dived in the box

Ask yourself a question...is Celtic getting that penalty or anyone else against the scum. Not a fucking chance. St Johstone goalie pulls jota back. No pen. Mcginn tries to rip johnstone arm off. No pen. Scum player gets a wee pull as he's diving forward to head the ball/win a pen and it's given.....fucking level playing field is all we want!!!
You must log in or register to reply here.
Share:
Facebook Twitter Reddit Pinterest Tumblr WhatsApp Email Share Link