What sorcery is this?

VAR will make it more difficult for obvious goat-fuckery even though those adjudicating the VAR will be most likely of the goat-fondling ilk too. But it will produce data and statistics which are more difficult to hide behind. If Celtic were to spearhead a campaign to address the corruption, get other teams on board and bring it to FIFA they would be forced to investigate and act. With all the negative PR around corruption in deciding World Cup hosts they 'should' be sensitive to what would constitute micro corruption to deflect from the macro corruption on the world stage. In fact if Celtic were to launch such an initiative now I think it would yield results but the board has a sordid history of silent complicity where Sevco survival is concerned.

SPFL unveils their man in the booth, who will handle VAR 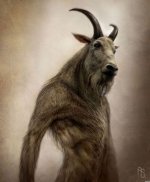 Can you tell me the name of even one top referee that you think is honest and unbiased?

Can you name any of these referees that you trust to be honest.

Fisiani said:
Can you name any of these referees that you trust to be honest.
Click to expand...

No. I wouldn't trust any of them as far as I could throw Mororless or Kris Boyd. I could certainly name the ones I distrust the most from your list: Cheatin' Beaton, Kevin 'Souptaker' Klancy, Gollum, Madhun, Smiling Steven McLean, Don Robertson and Nick Walsh.
N

DILLIGAF said:
SPFL unveils their man in the booth, who will handle VARView attachment 16343
Click to expand...

There will be a 'human' referee in the booth with the goat... the winner of the 'worst' decision to help sevco award. Some will think that referee being in the VAR booth is a punishment for awarding the worst penalty or red card. We all know it will be their reward.
F

Scottish football needs unbiased honest referees. It does not have them. When there is a European game then I know that the referee is unbiased and any human mistakes are honest.
F