With the german league making a return today I'd imagine everyone who loves and is missing football will be keeping a wee eye out for results...
Which teams will you be looking out for, if any, and why. Any celtic connections for that reason? I've always liked Dortmund due to lambert. I remember when he signed, my dad was excited. I hadn't heard of him but I'd heard of zidane. I remember my dad telling me we were signing a guy who outplayed zidane...

Dortmund for the Celtic connections

Its Dortmund for me.

whoever wears green and white.

I was in Dortmund in 87, Murdo was playing for them and I'm sure Big Mick McCarthy made his debut for us that night, anyone who was there will remember the final whistle when their fans, many of them right wing, stormed up the park to our end, cops did hee haw until a few troops tried to scale the fence to get at them, brave or pished, I'll let you decide

seen a few fists thrown outside the ground after the game as well, surprised me as we were mixing as usual before the game, I had a great time.
They have really got their act together as a support now, defo one of the best in Europe, if I had to choose, it has to be St Pauli
R

Offenbach Kickers- a 3rd division team from Frankfurt am Main. I lived there for a year in the early 90s. Never went to a game though.
One team I despise though is Hamburg SV. I would love to go to a Sankt Pauli v Hamburg Derby game I remember when we played HSV a few year ago they had massive butchers apron with No surrender on it. That bumenholen Albertz was the instigator. Was he an EBTeer as well?

Watching the fitba with no fans will take a bit to get use too. Miss the big cheer u hear when a goal goes in. Still at least we can watch some live fitba the now until the hoops finally get bk on the pitch.

Apparently the fans watching say it is rank, sod all atmosphere,a training game ,if true ,can’t see how it will attract viewers ,hh

Ray said:
Apparently the fans watching say it is rank, sod all atmosphere,a training game ,if true ,can’t see how it will attract viewers ,hh
Click to expand...

Would accept it as temp until vaccine is found, but if this is the new normal, fuck that. Fans will need to find new ways and go to the games.

Better than Belorussian shite , people better get used tae empty stadia for a while or if yer a Hamilton fan just be happy cunts are calling yer plastic field ,stadia
Last edited: May 16, 2020
I 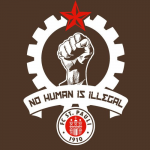