Hilarious u watch some of the decisions in England absolutely ridiculous,UP HERE IT WOULD BE CONTROLLED BY BIGOTS IN THE BACK ROOM AND WOULD BE AS UNACCOUNTABLE AS THE BIGOTED REFS AND LINESMAN WE HAVE THE NOW

Not for it , goal line tech aye , the rest ? Ruining the game doon there

100% Patmeech and even down there over 90% of fans want rid of it. Slippy G is the only clown that I have heard greetin' about it's introduction. You're right though when journalists, ex-players, football managers and pundits can culminate to claim that in Colombia players make a cut throat gesture to opposing fans to indicate a game is finished. F*** me and the rest of the world have been using a referee whistle (to indicate the end of a game) for all these years.... 100% wee bitter fuds like Alex Rae and the Rangers press machine would apply influence on the make up of panels. Remember Ally asking who are the names of the people making decisions against Rangers where...same pressure would be applied. Goal line technology would be good.

Winter said:
Not for it , goal line tech aye , the rest ? Ruining the game doon there
Click to expand...

They should just gie everyone a boax

Naw, would need tae be foreign refs, none of yer Masonic basturds.

HOME OFFICE ministers are becoming increasingly concerned about the secretive activities of a group of Catholic "Freemasons", the Catenians.

HOME OFFICE ministers are becoming increasingly concerned about the secretive activities of a group of Catholic "Freemasons", the Catenians.

The Catenian Association is a Roman Catholic lay society with 10,000 members (known as "brothers") in a number of English-speaking countries.

boab1916 said:
The Catenian Association is a Roman Catholic lay society with 10,000 members (known as "brothers") in a number of English-speaking countries.
Click to expand...

Started by a gang of brickies.....none of your la de da masons here

Meanwhile, back at the original topic . . .

I had the Sheffield United - West Ham United on in the background at work (thanks, hesgoal) this afternoon, and the Hammers equalised in injury time, but it was overturned by VAR and they ended up losing.

They interviewed the guy who scored the disallowed goal, and he was clearly diplomatic about it. But it was a goal. I would have hoped he would have said, "Yeah, that was a goal. We were screwed. VAR sucks."

But he didn't. Missed opportunity. Hope some player or gaffer says that someday.

Cunts! Barca went three one and I could have cashed out.....we're talking about £8/150 difference. The commentator warned me about VAR and I never listened. Fuckin checkin emails or some shite but I had about a 1 minute windy.
VAR was right though......apart from the other penalty should have been awarded against Barca. CUNTS!

VAR seem's be being used for any excuse to rule out a goal! Pukki for example, his armpit was offside!!!!! WTF! 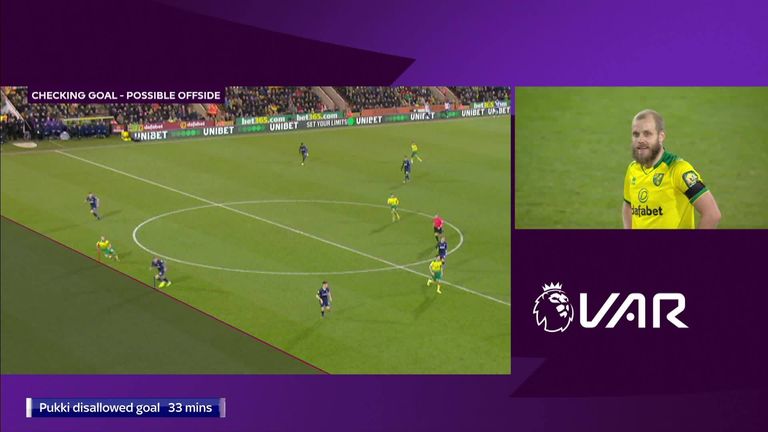 Jamie Redknapp and Chris Hughton shared their views on the VAR decision to rule out Teemu Pukki's goal against Tottenham that would have given them a 2-0 lead at Carrow Road.