Miraculous show-stopping showgirl acrobatic antics
surmount to nothing thanks to the fallible closing
act that brought the curtian down.

Haven't seen a save like his death-defying double-stop
since the school playground, and it took one of the
remedial-class mad bastards to throw himself around
the tarmac like that.

A Celtic folklore hero in the making.

Roasted Tiger, anyone? Tony, enjoying a nap, failed
to sense their goalscorer escaping his attentions
to meet the corner and, bang!: 0-1.

Thereafter it was caged tiger time as their pacy
bursts and tricky footwork had his stripes horizontal
and his Hoops spiralling as he fought to keep tabs.

If the great ZZ can do it in a World Cup final, our
ZJ can do it in the Mickey Mouse Cup Mustn't Lose
Match we eventually lost.

Due to suffering from occassional Chronos Vision,
where opposing players appear much younger than
they actually are, Juran envisaged their keeper as
a diminutive thrirteen year-old and decided to lob
him.

He also experienced Looney Tunes Syndrome most of
the game as PingPong sped away from him continually
in the guise of Speedy gonzales.

A pretty good account of herself - unfazed by the
furious midfield activity, she kept a cool -and
gorgeous - head and was timeous and strong in
challenges. Seemed well switched-on from the start,
unlike mnay others.

Piled full of calories from eating a full Thanksgiving
Turducken before kick-off, he was in no-nonsense bouncer
mode. When he could get near them.

But their lack of physicality brought out the best of
Carter's footballing nous, and his shift - making telling,
key interceptions - was credible enough to warrant praise.

First sign of the evening's struggle would present itself
as Nir false-flagged early and flaffed away possession.
But the relationship between our lanky but vicious DM and
the backline improved dramatically and he began to leverage
the majority of possession our way in the second half.

Disastrously, we then lose our best-performing midfielder
to a friendly-fire head knock and dominance slips away.

Pobably his worst performnce of the season. Nothing
would run for him, couldn't complete a decent pass,
ended scurrying around chasing shadows as our metronome
became a misplaced garden gnome and the game passed
him by.

A big test of his regenerative capabilities after
struggling through 2 games on the Hampden coofield
at the weekend.

Still on a high from pumping the Ugliebuglies on
Sunday, his influence was minimalized tonight by
opponents from a higher plane of footballing
existence.

He did put himself about but unfortunately Calmac's
malfunctions limited Eddie's chances to turn the
match.

Cunning, cunning - a female lineswumin deployed to
completely take Jamesy out of the first-half. An
attractive girl, the look of askance shock she wore as
she unsteadily made her way off at half-time told all
about the sly grin on Jamesy's coupon.

Only when he realised the wings were switched in the
second period did he come alive and played a big part
in our almost-winner, and SHOULD have been played in to
kill the game by Turnbull minutes later.

Wee troublemaker poleaxed like a samurai by their
goalkeeping ninja. Recovered to do his honourable
duty as they hit a slump and he found more space.

Tireless workrate paid off as he pounced on a slip
to set up Notebook. If only we'd kept him on another
ten minutes...

The swashbuckling Zen Master of Club Tropicana blew
us into ecstacy as he smashed in the second with his
standing leg.

They knew all about him as he went toe-to-toe with
their best player - the one we gave them - and remained
electrically-charged every time he got on the ball
and countered PingPong's troublesome roaming.

Then... Subbed prematurely, and with him went a
potent threat and our quality-level took a major hit.

Well, big Blockchain's slender but has reach and can give
and take a hit whilst remaining a monolithic presence in
the middle. Unfortunately McCarthyism was more makeweight,
and coming into a furious game like that against crack
opposition was an ask too much for him to exert any proper
control of a deteriorating midfield situation.

Kind of hid or just never really saw the ball.

No slouch for once - got involved, looked unusually
engaged in proceedings, made a number of telling
interventions that deserved better link-ups, and
almost made the right contact to score a dramatic
last-ditch equaliser.

Oh, dear. Is it not always the angst-ridden story of
big moments falling to the wrong player? With Notebook
gone, in stepped Mikey; and there was mikey failing
to bury a third with his 'bad' foot, failing to use
his footballing brain and send The Yeti clean in on
goal.

There was Mikey running out of time to prove himself
a useful Celt and not another sand-dancer written-off
to The History.

Oh, Ange, it was all going so well. And then you got
a bit gallus. Another ten minutes with the wide bhoys
tiring them out and we'd have been cruising. But the
subs dipped our quality, and they punished us with a
resurgence in THEIR quality players that all the best
sides can find.

Lessons probably learned and dished out as he discovered
our strength in depth was not enough to see out twenty
minutes at top-level. Get knocking on the suits' door
in the morning, Ange.

Fucking UEFA; they know fine well that the early Thursday
matches should last only 80 minutes. Expecting our Bhoys
to play an extra 10 without conceding like Keystone Cops
in a John Carpenter movie is diabolical.

And so Euro-Celtic did a Euro-Celtic and fucked the pooch.
Utter horrorshow defeat snatched from the jaws of a glorious
victory, when even a draw would have been enough to force
a showdown with Betis back in Glasgow.

After calamitous endings like this you don't know whether
to rage, rant or lament. Wasn't it a fine effort against a
top German side on their own patch? Or was it an
unprofessional capitulation that showed we cannot compete
properly at that level?

You could argue both sides, but probably due to the very
presence of an argument, and the fact we didn't just get
spanked and dismissed like Huns in a Vatican brothel, errs
towards improvement in Celtic's overall prospects of being
a decent European force.

We do need everybody at their best, though, and tonight it
was pretty evident that the midfield were struggling. However,
up until Blockchain's misfortune we were taking control, they
were slumping, and prospects were looking... Well, incredible.

Then somebody burst the dream-bubble and 'I fucking knew it...'
became the depressing awakening line. Turned out that on
Thanksgiving day, we were the Wampanoags at the table and they
robbed us of the promised land. Fucking turkeys...

So we drop out of the Mickey Mouse Cup and into the Tom And
Jerry Conference which will at least give us some kind of
European involvement, albeit a likely lunch date with Borat.

Sandman said:
Roasted Tiger, anyone? Tony, enjoying a nap, failed
to sense their goalscorer escaping his attentions
to meet the corner and, bang!: 0-1.
Click to expand...

I don't think Ralston was necessarily napping. What we saw there was the Bayer guy execute what in basketball would be called a "pick and roll," and Ralston, as they play developed, got caught in the pick. Not sure there's a football equivalent, but in basketball, another player would normally come to the aid of the player who was "picked" and the one "rolling" would have someone on him, and that didn't happen.

Minor detail. On the mark, though, Sandman.
S 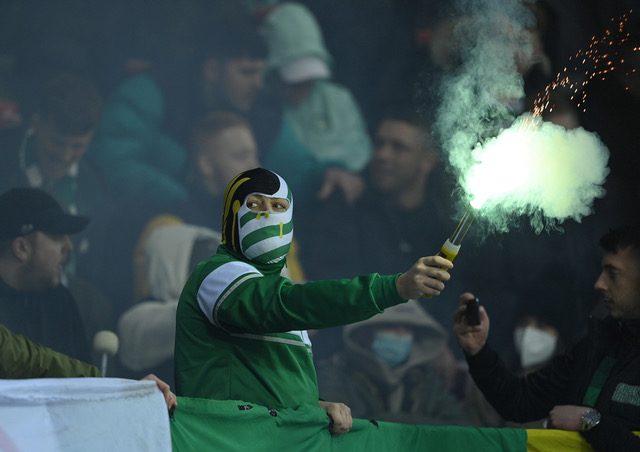 Sandman if you are around, any chance of doing ratings on the Celtic Christmas video, there's so much material in there for you to would be a shame to waste the opportunity!

Winning Captains said:
Sandman if you are around, any chance of doing ratings on the Celtic Christmas video, there's so much material in there for you to would be a shame to waste the opportunity!
Click to expand... 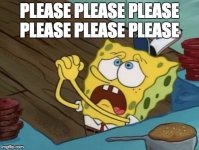