Bellshill bhoy said:
Pm me you address ya pick and we can sort your name calling out
Click to expand...

Be careful with the social distancing there.

More pay per view events on the boax
HH

Bellshill bhoy said:
Pm me you address ya pick and we can sort your name calling out
Click to expand...

Oh? Another Brain Dead Primary School Boy. That’s twice I have given you a clue but your wee brain just doesn’t take it in. So how did your primary schooldays go? There’s your third clue. I know where you stay so I would keep your big threatening mouth shut. All mouth and no trousers! Same at Primary School. 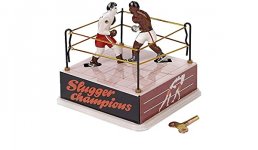 Primary school
"You're claimed"
"No ah'm no'"
Rules of engegemant
1) Always make sure, your handbag has a hauf brick in it
2) Always treat your opponent with respect, unless he's winning (that's where the hauf brick comes in)
3) If you think he's going to hit you, hit him back, first
HH
You must log in or register to reply here.
Share:
Facebook Twitter Reddit Pinterest Tumblr WhatsApp Email Share Link